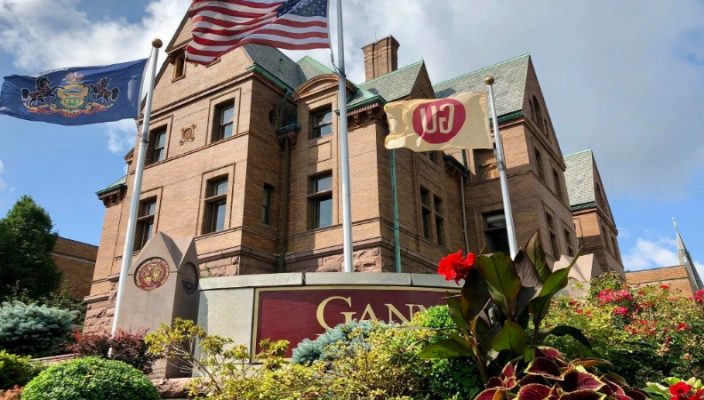 Two members of the Gannon University community who tested positive for COVID-19 are reported to have recovered and are in good health, a university spokesman said Monday.

In an email sent on April 9, the university revealed the positive diagnoses and said that one of the cases involved a student at Gannon’s Ruskin, Fla., campus, and the other involved a staff member at the Erie campus.

The university reported that both cases were confirmed after both campuses had shut down, and that both infected people were recovering and following 14-day quarantines in accordance with protocols set by both the Erie and Hillsborough county health departments.

Doug Oathout, Gannon’s chief marketing and communications officer, said Monday that both had completed their two-week quarantines and were reported to be healthy. The staff member has returned to work.

This all comes amid the unfolding global pandemic revolving around COVID-19, also known as the coronavirus disease, which originated in Wuhan, China, in December 2019.

As of April 20, the virus has spread to 185 countries and territories and has resulted in more than 2.43 million cases and more than 167,000 deaths.

The pandemic caused by the disease has led to a near-total shutdown of the global economy, and many facets of normal life, especially in the United States, where as of April 20, 746,625 cases of the novel coronavirus have been confirmed by the Centers for Disease Control. The CDC has reported 39,083 deaths as of April 20.

The coronavirus also has forced all colleges and universities across North America to move course delivery online, and many students to vacate their housing on their respective campuses.

Gannon made the decision on March 13 to switch to an online delivery method for the remainder of the 2020 spring semester, and requested that students not remaining on campus leave by March 23.

Student reaction to the news of the Gannon community diagnoses was met with worry for the people infected and relief that the university shared the news.

Elizabeth Ketner, a sophomore chemistry, pre-veterinary major, said she was worried for those who had contracted the virus.

“I wish them a safe recovery from the virus,” Ketner said.

Ketner said that the university did the right thing in informing the community regarding the news.

“Gannon should share the news, but not to stir anything up,” Ketner said. “Just so the whole Gannon family knows that part of the community is needing prayers for recovery.”

Brianna Phillips, a sophomore occupational therapy major, said that this does not worry her regarding her own safety, and agreed the university made the right call in shutting down, but still worries for the people infected.

“I really hope that they are able to have a smooth and fast recovery if possible,” Phillips said.

Phillips also said she agreed with the university’s decision to share the news.

“I personally think sharing the news would benefit others in the community and those around the area,” Phillips said. “That way, people are able to take precautions and engage in the right steps to being more safe and careful, without spreading the virus more than it is.”

Cameron Swantek, a sophomore early childhood and special education major, felt that it was only a matter of time before someone associated with Gannon was infected.

“It’s a sad but very real issue,” Swantek said. “We as a Gannon family can only offer our positive thoughts as they battle through this tough time.”

However, he felt the announcement was important for the Gannon community, and that it was also important that their identities were not revealed.

“At the end of the day, these are real people and they acquired a real virus,” Swantek said. “Their health is the most important thing now, not their names.

“I’m proud of how Gannon has handled this situation as a whole; they never fail to keep the community in the loop,” Swantek added.

Gannon will continue to update the community with any new developments.

« Time at home leads to overeating Despite the semester end nearing, mandate to finish strong is still present »