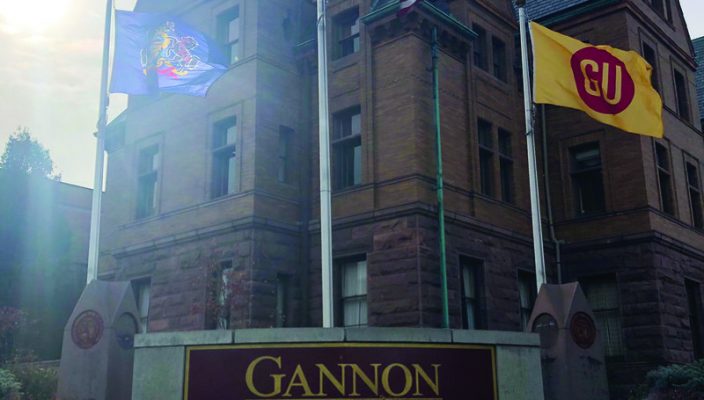 Gannon University announced in an email Wednesday that it has begun the process of distributing nonrefundable credits to student accounts.

The nonrefundable credits will go to students who were receiving a credit for their room and board for the 2020 spring semester.

The credit is intended to assist students in paying for their summer and/or fall tuition, any fees or room and board.

However, the credit will not be available to all students, as some received too much financial aid to qualify.

Gannon also said that the process for distributing refunds pertaining to room and board to seniors who had applied for graduation began on Tuesday, March 31.

In the email, the university also addressed work-study employees, noting that due to only a few positions being deemed essential, many positions were no longer needed following the campus closures.

The university said recent events have led to a “tough adjustment.”

However, due to the unforeseen circumstances and hardships that have resulted, the university will pay work-study employees who were still working at the time of the campus closures two weeks of pay based on the average number of hours that student had worked during the spring semester.

Work-study pay will be distributed April 24 and will be put into the timekeeping system on behalf of the students.

However, this will not apply to employees of Metz or the Gannon bookstore, as these are managed by independent vendors.

In the email, Doug Oathout, Gannon’s chief marketing & communications officer, thanked Gannon community members for their “flexibility and persistence in this ever-evolving situation.”

“These are difficult times, and we understand many things have changed quickly,” Oathout said.

Oathout said that anyone who witnesses significant changes to their family’s financial situation is encouraged to contact the financial aid office.

In light of the news, students who would benefit from both were thrilled.

Courtney Bayne, a sophomore nursing major who works as a student office worker at the Registrar’s office and will be a recipient of the nonrefundable credit, said that this brought some relief to her in stressful times.

“Knowing that I’ll have at least one more check come in, and knowing that I’ll be getting some money back that I can put toward other expenses is very calming,” Bayne said.

“I know Gannon is doing all they can to help us and make this transition as seamless as possible; they’ve been very good.”

Lily Noble, a sophomore sport and exercise science major who works at The Knight Club, said she thinks it will help a little, but also thinks the financial assistance should extend to all on-campus students.

“Any money I don’t have to spend is good,” said Noble, who will be a recipient of the nonrefundable credit. “But I also think that the kids who aren’t going to be on a meal plan or living on campus next year should be allowed to have that money back.”

Nikki Johnson, a senior advertising communication major who has a work-study position with Gannon Edge and will be a recipient of the senior refund, said that she felt Gannon’s response was good, but that when it came to paychecks, the university had not accurately analyzed the situation.

“I think it’s nice that Gannon is responding the best it can when it comes to the money situation,” Johnson said.

“The refund and the extra money will be useful as I try and find a job once this is all over; however, I wish they took into account that there should have been almost four paychecks coming in if this wasn’t happening, but instead I’m only getting one paycheck,” Johnson said.

Gannon will continue to update the community with any new developments.