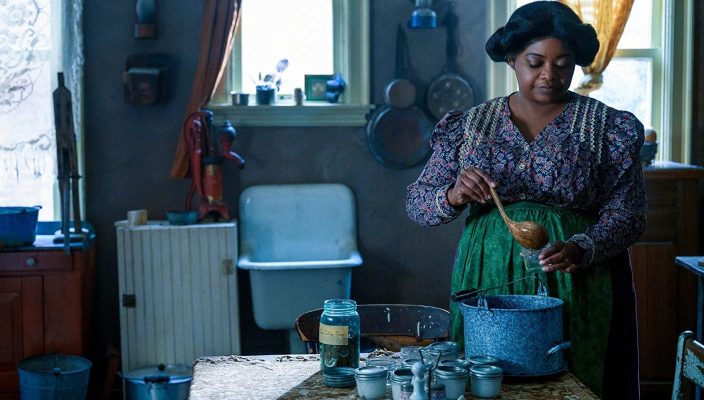 Netflix’s “Self Made” falls flat

Netflix’s four-part miniseries based on the life of Madam C.J. Walker, which premiered March 20, had the potential to be outstanding.

The real Madam C.J. Walker, née Sarah Breedlove, was a remarkable woman. Born into poverty as the daughter of recently freed slaves, she went on to build a haircare empire and become one of the wealthiest women in America.

While “Self Made” draws from truly exceptional source material and boasts some serious star power, it ultimately collapses under the weight of sensationalized drama.

Despite being confined by a heavy-handed script, Octavia Spencer delivers a laudable performance as the titular character.

The first episode opens with Sarah, a middle-aged washerwoman in turn-of-the-century St. Louis, slumped at her kitchen table after a beating from her abusive husband.

Sarah is exhausted from years of bending over a washboard, struggling to provide for her daughter. To add insult to injury, she’s also losing her hair.

Addie’s products help Sarah grow back her hair and regain her confidence. Their relationship turns sour when Sarah asks to join Addie’s ranks as a product saleswoman but is shunned because she doesn’t “have the right look.”

The darker-skinned Sarah believes in the power of her story and defiantly sets out to create her own line of products. She adopts the name of her new husband, a supportive ad designer, and takes to the streets to market “Madam C.J. Walker’s magical hair grower.”

The soundtrack to Sarah’s hard work is filled with female-centric R&B hits by artists like Queen Latifah and Janelle Monáe, which surprisingly works really well.

Thanks to her tenacity, heart and business smarts, Sarah’s company grows exponentially and spreads across the country, but not without some hiccups along the way.

The show’s biggest weakness is the cartoonish rivalry between Sarah and Addie. There are even periodic cuts of the pair in a 21st century boxing ring, throwing hooks and uppercuts, as the characters one-up each other.

Addie is loosely based on entrepreneur Annie Malone, who really did help Sarah regrow her hair before becoming a business competitor, but most other elements of their rivalry are fictionalized.

Many moments present themselves to explore colorism and sexism within the black community, but the stilted script opts for easy answers and refuses to dig below the surface.

Things really fall flat in the last two episodes as Sarah settles into her new mansion next door to the Rockefellers, perhaps as a consequence of how out of touch the rest of us are with millionaires.

The series squanders opportunity to recognize Sarah’s notable philanthropy and business ethics, choosing instead to keep the camera on petty rivalries and juicy marital strife up until the final moment.

Amid the soap opera-style drama, Sarah’s father-in-law Cleophus (Garrett Morris) is perhaps the most likeable character. (Yes, it’s depressing that despite Spencer’s best efforts, Sarah doesn’t get to occupy this role in her own biopic.) A former slave, Cleophus offers pragmatic advice and humanistic wisdom as his family members’ egos swell alongside their bank accounts and they make reckless, selfish choices.

Despite its shortcomings, “Self Made” is worth a watch for its attempted homage to black female entrepreneurship, Spencer’s captivating performance and if nothing else, the invigorating soundtrack.