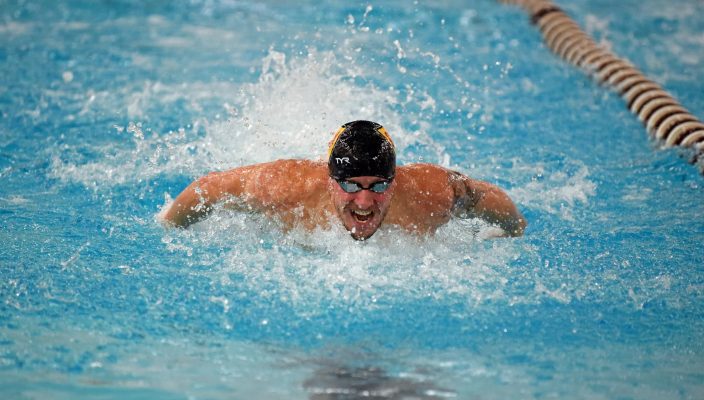 In a whirlwind of events, the COVID-19 storm of cancellations struck the NCAA sports world. Every single NCAA Division — I, II and III — tournaments, regionals and championships have been canceled as of Friday.
As everyone knows, Gannon University has Division II spring sports: softball, baseball, men’s and women’s golf, women’s lacrosse and women’s water polo.
The school also fields acrobatics and tumbling, competitive cheer and competitive dance teams that compete in the spring, and all of those events were canceled.
In addition, several winter sports teams had reached the highest rung of competition – the NCAA Division II championships – only to see the opportunity to bring home medals taken away.
After their great regular season, the women’s basketball postseason was cut short due to the virus. The Knights qualified for the NCAA Division II Regional.
The first game was going to be played at the Hammermill Center, and the cancellation halted the season of seniors Chelsea Rourke and Haley Tewes.
Men’s wrestling was also affected, as the Knights managed to have eight wrestlers qualify for the NCAA Championships.
The wrestlers were Jacob Dunlop, Nick Young, Dom Means, Evan Fisler, Alex Farenchak, Luigi Yates, Joel Leise and Freddie Nixon.
Longtime coach Don Henry released this statement on Twitter: “I have been trying to get my thoughts about this situation together. I believe my immediate reaction was appropriate. We brought the team together and I spoke from my heart. We can only control the things we can control.
“The season is a journey. Like a book, it would be easy to go to the end and read the last chapter and see how it turned out. But if we did we would miss all of the character development, all the trials and tribulations we overcame to get to the final chapter.
“The NCAA Division II tournament does not define us as a program, it never did and never will. We are who we are because of the process, the grind, the grit, the sacrifice and the mistakes and corrections. We had an awesome season. I feel bad for all of the wrestlers who did not get to compete in the national tournament, but it’s all about what you did to get there.”
In the pool, the Gannon men’s swim team’s Brent Benedict qualified for the NCAA Division II swimming championship in the 50 freestyle, 100 butterfly, and an optional entry in the 100 freestyle.
He is the second swimmer in Gannon history to qualify for championships twice, joining Brett Lindenmuth. The NCAA Championship’s were canceled because of the virus and Benedict and his teammates in the 200 free relay (fellow senior Clark Eason, Luke Engel and Andrew Mahoney) will not be able to compete and finish their season.
The Knights’ softball season was cut short by 30 games. They have nine seniors on their team: Megan Fitzgerald, Morgan Nyman, Sarah Ingerick, Raygan Walters, Maria Taliani, Liza Szajn, Rachel Tanilli, Madi Beining, and Taylor Wilp. With a sudden finish to their season, they ended with a record of 9-8.
On the men’s diamond, the baseball team ended its season 3-9. Their season also was cut short by 36 games. On their roster are two seniors: Elijah Quiceno and Brandon Weber.
The baseball program tweeted Monday: “We want send out a huge thank you to our seniors Elijah Quiceno and Brandon Weber for all of the work they have put in over the past 4 years on the field, as well as in the classroom. You two men both played a huge part in the elevation of the Gannon University Baseball program and helped build what we are now.
“Although this isn’t how either of you wanted to go out, we can only hope that there is a greater plan in place and that it all works out for the best. What you two men did here did not go unnoticed. Thank you both, for everything.”
Men’s and women’s golf was cut short by eight matches. Their seniors included Jordan Henry, Kyle Luben, Ileana Calderon-Martell, Megan Fessler, Samantha Gaffney, Nikki Johnson and Rebecca Red Horse.
Women’s lacrosse had five seniors: Erin Rotondo, Julia Strtak, Brianna Murosky, Jess Hudok, and Amberlynn Kegler.
At this point, it’s uncertain when college sports will resume on any level.