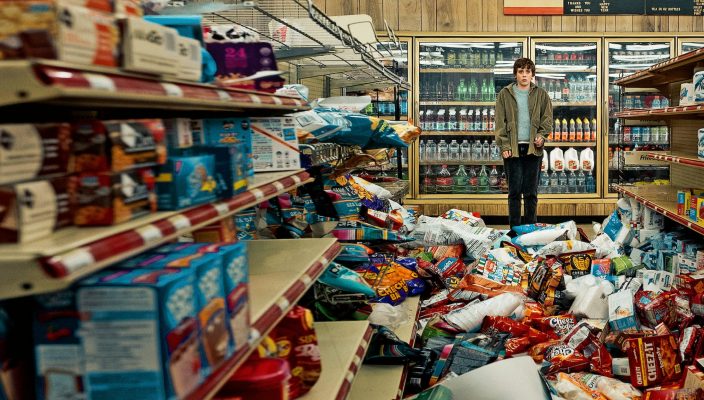 The latest Netflix series blends elements from coming-of-age classics while still delivering a fresh viewing experience.
In “I Am Not Okay With This,” 17-year-old Syd Novak is dealing with the aftermath of her father’s suicide, confusing sexual feelings and the usual woes of high school. To top it all off, she has burgeoning telekinetic powers that are making everyday life a little tricky to navigate.
The series is adapted from the graphic novel of the same name by Charles Forsman.
While the show retains many of the dark themes of the graphic novel, it is less nihilistic and contains plenty of dry humor.
The setting – a rundown Pittsburgh suburb – is reminiscent of the 2012 coming-of-age hit “The Perks of Being a Wallflower.”
Just like the characters in “Perks,” Syd and her friends live in the shadow of the city’s famous bridges, surrounded by dusty railroad tracks and overgrown yards.
Sophia Lillis is absolutely magnetic as the troubled Syd. Lillis displays an impressive emotional range as an actress, moving fluidly between anger, grief, anxiety, love and a host of other emotions. Syd does not always make good choices, but Lillis always keeps her intensely likable.
Syd’s mom Maggie, played by Kathleen Perkins, works overtime at a local diner, and the two have a strained relationship. Syd’s precocious little brother Liam, played by curly-headed cutie Aidan Wojtak-Hissong, valiantly tries to hold the family of three together. Liam sweetly offers to pack his own lunches and walk himself to school to stave off an argument between his mother and sister.
Syd’s kooky neighbor Stan, affably played by Wyatt Oleff, is so dorky that he almost comes full circle to being cool.
He listens to albums on vinyl, dresses in three-piece suits with T-shirts underneath, walks around barefoot and drives a beat-up Cadillac.
There’s a hilarious scene between Syd and Stan where they take turns removing items of clothing – not to flirt, but to compare rival cases of thigh pimples and “bacne” (back acne). A romantic relationship starts to develop between the two, but Syd’s feelings for her best friend Dina throw a wrench in the typical boy-meets-girl love story.
Dina, played by Sofia Bryant, is outgoing, bubbly and radiant. Dina and Syd moved to town at the same time, and besides bonding over being the “new kids,” have little else in common. The pair share electric moments throughout the season that lead to Syd struggling with her sexuality.
Some of the supporting characters, on the other hand, fall a little flat. Their archetypes rely heavily on tropes of the genre, including the deadpanning science teacher, the authoritarian principal and the jerky jock.
Despite some shallow characterization, the show does a fantastic job at confronting difficult issues. Syd chronicles her feelings in her diary, which she reads in a voice-over. Syd writes candidly about her father’s suicide and her ensuing grief, which at times feels bottomless and consuming.
In the graphic novel, Syd’s telekinetic powers are heavily implied to be a physical manifestation of depression. This idea could also be applied to the show, but plenty is still left open to interpretation.
Season one ends with a callback to the infamous prom scene in “Carrie,” plus a slew of new questions that could be picked up in subsequent seasons.
Netflix has not yet announced the release date for season two.

alex stauffI Am Not Okay With This

« COVID-19 stops Gannon sports: seasons canceled A look back on a crazy year »