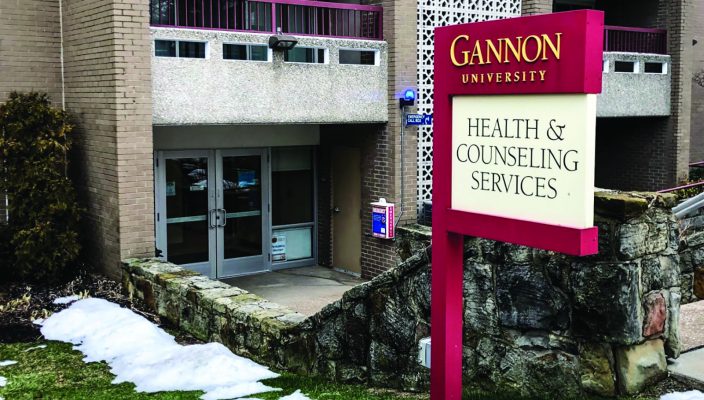 Fear and worry continue to grow as increasingly more cases of the coronavirus are reported throughout the country and the world. Gannon University has taken further action to cope with the spread of the virus. Most recently, Gannon has sent for the return of students studying abroad in Italy at the American University of Rome.
The students returned last week with help from the university. There were no cases reported in Rome yet, but the United States has now placed a Level 4 travel warning on Italy.
When it was a Level 3 travel warning, it was up to the students whether they wanted to return home or continue their studies in Italy, Meagan McHugh, the director of the learning abroad and international academic programs, said.
“Unfortunately, less than 24 hours later, areas of Italy were escalated to a Level 4 warning, the highest alert issued by the U.S. State Department,” McHugh said. “Once that happened, we made the decision to bring our students home from their semester abroad.”
All nine of the students who were studying in Rome have since returned home, after the announcement on Feb. 28. Currently, the returning students are in quarantine for two weeks.
One student, Jacob Shrift, a sophomore occupational therapy major, is now going through this process after returning from Rome, and he said he’s handling the situation well.
“I have lots of organization and cleaning to take care of, so it is just time to get things sorted out,” he said. “It forces me to spend time with family and doing some spring cleaning. I’ve been back in the U.S., the students’ education will not be ruined. The students have the opportunity to complete their coursework remotely or will be given the chance to substitute the courses, Doug Oathout, Gannon’s chief marketing officer, said.
“Substitute courses will be offered by Gannon,” he said. “Those students will not lose out on credits.”
Shrift said he is completing most of the courses he had been taking in Rome online.
“As far as classes, I will be continuing all of my classes that I was enrolled in at AUR and Gannon,” he said. “They are being offered remotely via online. The accommodations were great.”
Walter Iwanenko, Ph.D., the vice president of Academic Affairs, Lori Lindley, Ph.D, interim dean of the College of Humanities, Education and Social Sciences, and McHugh worked with the American University of Rome worked to ensure students stay on track with their education, McHugh said.
“Students will finish the semester having completed the same number of credits in which they enrolled,” she said. “None of the students who studied abroad in Rome will experience any delay in their academics due to having to end their semester abroad early.”
Gannon faculty and staff have also sent out updates for students who haven’t spent the semester studying abroad and more precautions are being put in place on campus.
Hand sanitizers were being refilled all around campus over the weekend, Oathout said. There has also been a task force of individuals set up around campus, and regular email communications have been ongoing for the past two weeks.
While these practices are set in place, what is in store for the summer and the fall semester is still unclear.
“At this point, we are continuing to monitor the situation abroad and taking a closer look at places to which students will be traveling in May,” McHugh said.
The fall semester is also unclear, she said. As it is six months away, she said they are looking at it optimistically.
Emily Hall, a junior chemistry and criminal justice student who is travelling to Japan this summer, said she is unsure if her trip will run at this point. If that is the case, she is hoping that she will be reimbursed, but that is also unclear at this moment.
“If the Japan trip is canceled and the GIFT course is not, there is still a plane ticket that was purchased as a part of the GIFT course to get back to the U.S., so I know I won’t be stranded in Europe,” she said.
For more information on the coronavirus, see related story on Page 5.

« Staying healthy When is ‘I love me’ enough? »