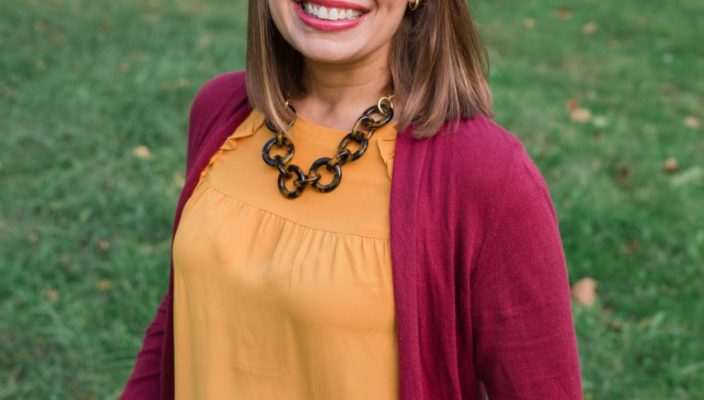 When Kelly Karns graduated from Gannon University with a master’s degree in 2009, her career plan was nowhere near creating a food tour business for the Erie area.
Somehow, that is exactly what she ended up doing.
Karns earned her master’s in curriculum and instruction in 2009, then returned to Gannon in 2011 to get her reading specialist certification.
At the time, she had been teaching for a few years after earning her bachelor’s degree from Mercyhurst University in 2006. She worked as a special education and social studies teacher at J.S. Wilson Middle School for eight years, attending Gannon during that time.
Wanting a more flexible schedule after having her first daughter, Karns said she left J.S. Wilson in 2014 and started teaching as an adjunct professor in the education department at Mercyhurst.
About a year later, she started Erie’s first food tour business, Erie Food Tours, which would prove to help local restaurants grow.
“The summer after I quit teaching middle school, my husband and I had family come into town,” Karns said. “We thought it would be fun, as an activity, to do a food tour.”
Having done food tours in other towns, Karns said she thought it was the perfect way to get to know a city, and, in a not-so-serious way, the perfect job.
“I had always joked that I would start a food tour in Erie as a summer job, since I was a teacher, but it was just a joke,” she said.
The food tour she did for her family was purely for fun. She didn’t contact any businesses but did make a route to follow, designed brochures highlighting restaurants they would visit and buffed up on the history of each stop.
“At the end of it, my brother-in-law, who I was doing some side work for, said ‘you know, people would pay you for this,’” Karns said. “I was like ‘no, I’m a teacher, and I want nothing to do with the business world,’ but he said, ‘If you put this together, I will find someone else to run it.’”
During that school year, she worked away at starting her business month by month. Initially, she didn’t have the intent of actually running it. Instead, as an Erie native, she would put together the route and information about each restaurant, which her brother-in-law would give to someone else to run.
By spring of 2015, she came to a realization. This business that she had worked so hard at planning was her business, and she wanted to run it.
“I never thought I would be any sort of entrepreneur,” Karns said. “But, here I am.”
By 2015, Erie Food Tours was up and running. Her teaching degrees didn’t go to waste, either. Karns said that doing the tours is very much like teaching.
The tours are like hours-long history lessons, and some of the information she already knew from teaching middle school social studies.
Living in Erie her entire life, Karns said she is very much an “Erie optimist.” That is, she looks at Erie and sees everything good it has to offer.
This comes through in her tours and the way she structured Erie Food Tours, which has contributed to the revitalization efforts happening in the downtown area.
“I was always excited to show off the best of Erie,” she said. “I think the timing was right, as well, because there’s so much revitalization going on downtown and a push to eat and shop locally. I’m just happy that, with this all coming together, I was able to highlight that.”
In part, being a student at Gannon influenced the creation of her business. She said the degrees she earned at Gannon helped her leave her initial career and start her food tour business.
Without the ability to teach at the college level, she wouldn’t have been able to leave her full-time position as a middle school teacher to teach at the college level, and, in turn, she wouldn’t have had the time to create her business.
“I also think that, because Gannon is downtown, it made me more familiar with the downtown area and eating spots available there,” she said.
Because she learned of locally owned restaurants located downtown, she was then able to use that knowledge to create Erie Food Tours and share her knowledge with both locals and tourists. In turn, this has contributed to the revitalization efforts in the downtown area, something that her co-workers can attest to.
“Kelly has collaborated with local businesses and created an atmosphere that is welcoming and entertaining for the locals and people from out of town,” Libby Clark, one of the tour guides for Erie Food Tours said.
Clark also said that returning tourists are more likely to visit the local restaurants downtown, rather than chain restaurants located further south in the Erie area on Peach Street. This is something new to Erie, but very helpful to the city’s growth, nevertheless.
“She has created something that our community has never seen before, and something that community members love,” she said.
For the future, Karns hopes her business continues to grow and thrive in Erie. There are plans for more routes in the future, but not for this season.
“I want to continue to have fun with it, as well as continue to expose and bring people to downtown Erie,” she said.
“I want them to see that there are a lot of places to eat and things to do there.”