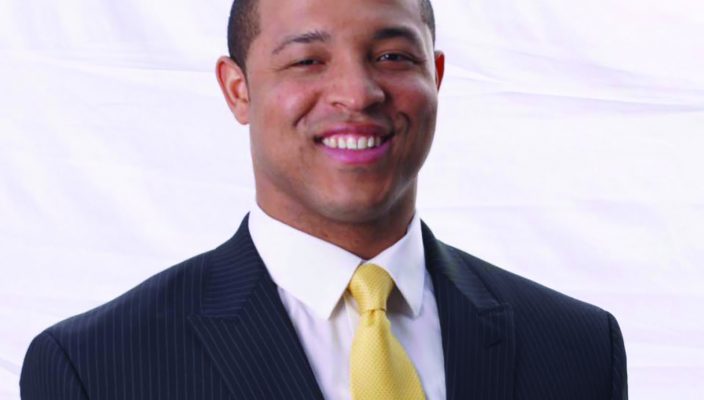 Earlier in the academic year, Gannon alumnus Chris Frye made Pennsylvania history. In November 2019, he was elected as the 37th mayor of New Castle, the first ever African American mayor of the region.
Frye graduated from Gannon University in 2010, as a social work major, studying under professors like Parris Baker Ph.D., in the Palumbo Academic Center.
Frye then went on to the University of Pittsburgh to obtain a master’s degree in social work in community organizing and social administration.
Frye said that, above all else, Gannon undyingly supported him while being equally challenging.
Gannon gave him an “environment that allowed me to express my faith,” said Frye. “Its academic rigor was unparalleled.”
When asked how he got to where he is today, his answer was short and sweet: “Focus!” he said.
By doing so, he was able to grow to a point where he has the capacity to greatly impact his community and its long-term future. He said that sees his election as one that brings with it “hope and change on the horizon.”
Being a Republican candidate, Frye’s campaign was one of grassroots, as he persuaded the Democratic citizens of New Castle to vote in his favor.
He created a large presence on social media in order to gain and maintain the voters’ attention.
His entire platform is clearly outlined on his public Facebook page @mayorchrisfrye, in which he recognizes the importance of a cohesive system in his position by saying: “I will create an environment within City Hall that fosters collaboration and respect. All City of New Castle staff and administration will provide high-quality services to constituents offering unadulterated dignity and respect at all times.”
Post-election, Frye’s top priority is the economic well-being of the New Castle community. He simply stated that his most major plan for the community was to “get the city out of Economic Distressed Status Act 47.”
This is a program through which municipalities in intense financial struggles can receive assistance from Pennsylvania’s Department of Community and Economic Development. Frye plans on lessening the financial troubles of the community, thus ending the necessity for outside help from the Economic Distressed Status Act 47. Along with that, the mayor has put a large emphasis on getting his constituents involved.
He hopes to “engage the voters to take action and be active in the change process.” He recognizes the potential that the New Castle community holds, as well as the need for citizen participation in order to tap into that potential.
Being the first African American mayor of New Castle, Frye identifies ethnic diversification in government as an absolute must.
“As a human diversity professor, I can speak to the value of having ethnic group represented in all groups,” said Frye. “Public office should have representation or at the least have resources to support the ethnic makeup of your community.”
Frye places representation above at the top of his list, and emphasizes that he will work tirelessly to fulfill the needs of the few on top of the needs of the many.
In interviews aired by Pittsburgh’s Action News 4, citizens of the city of New Castle spoke out on their opinions on his historic election.
Many citizens followed his message and look forward to his plans as mayor on the horizon. “He is going to make the change,” said one woman. “We needed a Chris Frye.” Many people saw his election as a major advance in the breaking of barriers.
Continuing with the implications of his election on the diversification of government as a whole, Frye views it as a definite step in the right direction. “How do you eat an elephant?” asks Frye. “One bite at a time. This election has scratched the surface and I seek to lay a new community and economic foundation for the city.”