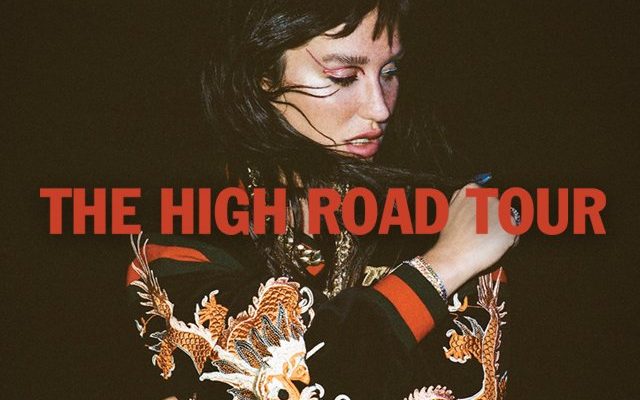 Kesha is a pop princess by her own definition. She sings glitter-pop music but laces it with expletives and party-girl energy.
Her music gives you the confidence to dance like you’re at a night club, even if you’re in your bedroom in the middle of the afternoon.
It’s feel-good, “I’m that bitch” music, and while I’m not a huge fan of her music, I did appreciate her newest album, “High Road,” which was released Friday.
The album is a return to her early 2010s self, reminiscent of songs like “Tik Tok” in which she sang lyrics like “Before I leave, brush my teeth with a bottle of Jack.”
When I started listening to “High Road,” I immediately flashed back to listening to “Tik Tok” on the bus ride home from middle school with my friends.
Kesha took a turn away from her devil-may-care self in 2014, when she filed a lawsuit against Dr. Luke, her former manager and producer.
She accused him of emotional and sexual abuse, charges which he denied.
The case was dismissed because of this, and he sued her for defamation.
In response to her public trauma, Kesha dropped the dollar sign from her name and released her third album “Rainbow,” which was a heartfelt far cry from her usual music.
“High Road” seems to be Kesha’s reclamation album.
She is reclaiming her identity and her music while proclaiming “I feel so good, why you so mad? / And I’m so happy, and you hate that,” which appears to be a jab at Dr. Luke and those who were unsupportive of her accusations against him.
Though this album is a clear return to her original sound, the album seems to have a new sense of self-awareness about it.
While songs like “Tonight” feel like they could fit right in with her 2010s music, songs like “Shadow” show fans and listeners alike that there is more to Kesha than her party girl persona.
She even acknowledges this party girl persona with the lyrics “Woke up this morning feelings myself / Hungover as hell like 2012” in the song “My Own Dance,” later referring to herself as both a “party girl” and a “tragedy.”
Though Kesha’s latest album is a return to her early 2010s self with a little more self-awareness, it still brings into question the maturity she showcased in “Rainbow” and her emotional performance at the 2018 Grammy Awards in support of the #TimesUp movement.
In “Shadow,” an immersive piano ballad is interrupted by a superficial interlude that ends with an expletive. “Raising Hell,” which pays tribute to Kesha’s self-forgiveness, is backed by a blaring horn synth that diverts your attention from the heartfelt lyrics of the song.
“High Road” seems to be a middle ground between her “Animal” and “Rainbow” days.
To me, the two don’t mix. Some songs turned out well, like “Honey” and “Raising Hell,” but others bring her maturity into question and make the listener wonder if she will be trying to mix the two tones for albums to come.
One thing is for sure: Kesha’s album “High Road” is inherently Kesha. It is her typical glitter-pop, party animal music.
But, it is also a tribute to what she’s been through in the past decade and the self-confidence and acceptance her pain has resulted in.
I applaud her for this album and all she’s been through, and I recommend you listen to “High Road” if you want a taste of music in true Kesha style.