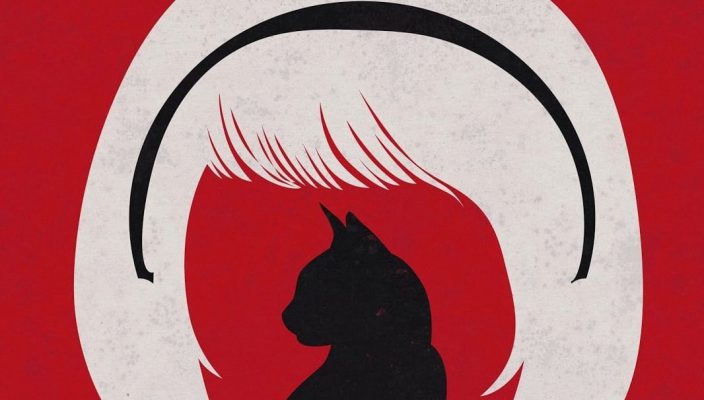 Netflix’s ‘Sabrina’ gets third season with fourth on the way

When you think of “Sabrina the Teenage Witch,” perhaps light-hearted nostalgic memories of the 1996 comedy come to mind, or just about any other version of “Sabrina” be it comic books, live-action or animated movies and TV shows.
Nothing in my mind would have conjured a version as dark as the Netflix adaptation. It turns out, the darker Netflix version is mildly inspired by Archie Horror brand comics that were first released in 2014.
The comics and the show share the same name: “Chilling Adventures of Sabrina.” So, the show is based on the spinoff comics, which explains the more occult storyline. But, the Netflix show is still a different reworking of the adaptation and needs to be looked at as a standalone.
In part three of “Chilling Adventures of Sabrina,” we watch Sabrina grapple with inner turmoil knowing that her boyfriend Nick sacrificed himself to entrap Lucifer and is suffering in hell.
So, Sabrina concocts her next mission and enlists the help of her three mortal friends.
When you are friends with Sabrina Spellman, and she says let’s go to hell, you know she is not kidding. How do Roz, Harvey, and Theo survive a friendship with this girl? Miraculously, they all survive hell and bring Nick back to Greendale with Lucifer still trapped inside him.
Lucifer scolds Sabrina about cosmic balance, but this is not further explained. Though he was just upset about being imprisoned, there is merit in his ramblings. The disturbance of cosmic balance is the assumed reason that everything is going amiss.
It seems if it was the lack of cosmic balance that led the pagans to Greendale to resurrect the gods of old under the façade of a carnival. The lack of cosmic balance is a direct result of Sabrina’s actions and somehow, she must come up with a way to fix everything, even if it means taking the throne of hell.
There are even complications with the throne of hell because Sabrina so rudely disregarded Lilith, who was for a short while queen of hell, and Sabrina’s claim to the throne is challenged by a new character named Caliban.
Lilith is one of the best characters of the entire show, and I am simply waiting for her to take control of the throne of hell again. In parts one, two and three Lilith has strongly established herself as a capable, patient and underappreciated woman.
Lilith played a key role in making Baxter High a safer space for Theo and doing away with a lot of misogynistic nonsense rules.
Lilith the feminist has my vote. The most recent season was a step backward in Lilith’s character development.
Despite being put on the back burner, Lilith still made this season better. Just watch her reaction to everything. Michelle Gomez plays both her characters, Ms. Wardwell and Lilith, fantastically especially in body language and facial expressions.
Lilith’s reactions to Sabrina being a cheerleader and the unnecessary Glee-like singing is priceless.
Also, how has Sabrina not been kicked out of school or off the cheerleading team? She is never there.
Three specific new characters to the show this season that are worth mentioning are Caliban, Mambo Marie and Robin.
It is as is they were all added just to be love interests, though it is still up in the air as to whether Caliban and Sabrina are going to be a thing.
Sam Corlett plays Caliban, a bad boy prince of hell who is made of clay. In his first scene, we are unaware of his identity, and he looks like a sexy pirate who is building a sandcastle. I wish there was an explanation for that, but there isn’t.
Minor tension between Sabrina and Caliban paints him as a potential love interest. Sparks could have been felt between them until he challenges her claim to the throne.
Skye P. Marshall plays Mambo Marie, a voodoo priestess who helps Prudence track down Father Blackwood while Prudence and Ambrose are in New Orléans.
Later in the season, Mambo Marie comes back to help the Greendale coven in a time of need. Her motives are unclear, but her passions are leading her toward Zelda Spellman.
Another noteworthy new character is Robin, portrayed by Jonathan Whitesell.
This hobgoblin runs with the wrong crowd but develops true feelings for Theo and turns over a new leaf.
The pagans and gods of old are the main antagonists for this season and are the most formidable enemy the coven, Sabrina and her friends have yet to face.
Sabrina’s dynamics from season one to season three: I want to be with my mortal friends and date Harvey to not dating anyone and wanting to be queen of hell.
So much has changed in a short amount of time. I didn’t find the third season as captivating as the first two.
There is a confirmed season four, which makes sense because part three ended with way too many loose ends.
For starters, there are two Sabrinas. Sabrina unwittingly created a time paradox, and a new unknown monster was released by Father Blackwood.
As a protagonist with supposedly good intentions, Sabrina gets herself into too much trouble with little regard for consequences or what it could do to others. She is clearly in denial about being chaotic evil. Guess that’s just the devil in her.
For all of Sabrina’s antics, I hope and fear that part four will reveal that she has created her fiercest threat: herself.
Taking herself on could be the biggest and most difficult thing Sabrina would ever have to do.
On a brighter side, maybe Sabrina number two will prove to be a strong ally in whatever else they might have to face. Only time will tell us the fate of Sabrina Spellman-Morningstar.

« Roommates: Love them or leave them Miss Americana touches viewer »