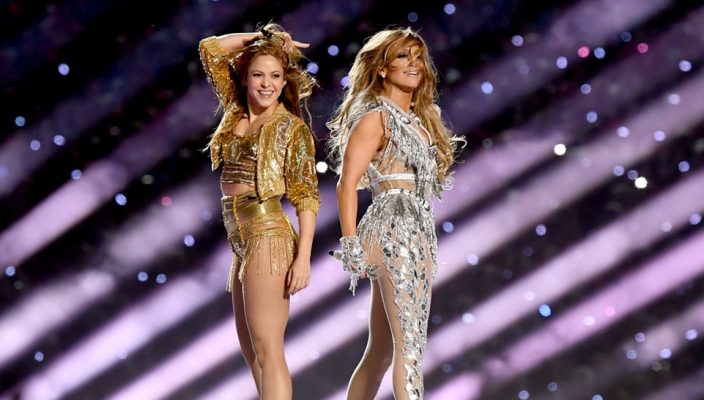 Miami is a city that prides itself in its Latino heritage that precedes the first permanent British settlement in the U.S. In part, it is due to the flood of Cuban immigrants who moved to South Florida in the 1960s, when Fidel Castro rose to power. These immigrants brought their language, food, dance and tradition to both South Florida and Miami, where Latino culture has burrowed itself deep into what makes the region what it is.
This deep-rooted Latino culture was perhaps showcased best at the 54th Super Bowl on Sunday in Miami. The Pepsi halftime show was co-headlined by Shakira and Jennifer Lopez, two Latina pop stars who have made pretty big names for themselves in the U.S. It also featured Puerto Rican rapper Bad Bunny and Colombian reggaeton star J. Balvin.
This halftime show might not sound special on the surface, but it’s historic for both the NFL and the U.S. as a whole in many ways.
The Super Bowl is the most-watched annual televised event in the U.S. Every year, the majority of Americans camp out in front of their televisions with unhealthy snacks to watch the two best football teams in the country fight to become Super Bowl champions. It’s basically a national holiday, which is precisely why Shakira and Lopez’s performance was so important.
The duo’s performance started out with Shakira kicking things off with an army of female dancers behind her. She sang some of her biggest songs, including “She Wolf” and “Hips Don’t Lie,” ending her leg of the show with her hit “Hips Don’t Lie.”
It then transitioned to Jennifer Lopez, who started with her classic song “Jenny from the Block,” after which she sang “Waiting for Tonight” while pole dancing.
Lopez’s 11-year-old daughter Emme joined the show for Lopez’s song “Let’s get Loud,” which also featured Shakira on the drums. During the song, Lopez also appeared draped in a flag coat featuring the flag of Puerto Rico on one side and the flag of the U.S. on the other – a poignant message that the island is very much a part of the U.S.
Near the end of the show, the set design featured glowing cage-like structures that child performers danced in. This was not simply a creative element, but a gesture of solidarity toward those affected by anti-immigration policies and the children who are being detained at the U.S.-Mexico border.
The final, exuberant number of the show was “Waka Waka (This Time for Africa),” to which Shakira and a group of dancers performed the quick-stepping champeta, an Afro-Colombian style dance native to her home country, Colombia.
At a time when racism and xenophobia is prevalent in the U.S., a Super Bowl halftime show that features to female Latina superstars, as well as a diverse group of dancers and two other Latino performers is a political statement. It tells those who perpetuate these injustices that women, immigrants and people of color exist and demand to be treated like human beings.
To have two Latina artists of such prominence showcase their talents and heritage at an event that is probably the height of American culture, is radical, even though it shouldn’t be. Latin culture, and a variety of cultures for that matter, is what makes the U.S. what it is. They should be celebrated at events like the Super Bowl on a regular basis.
There is no doubt that the 2020 Super Bowl halftime show is historic. Shakira and Lopez are the first female and the first Latin co-headliners of the halftime show in Super Bowl history. Yes, it is 2020, and there has never been a Super Bowl halftime show with only female headliners.
The 2020 Super Bowl halftime show certainly set a precedence for future shows and opened the door to more political and culturally diverse performances in the future.