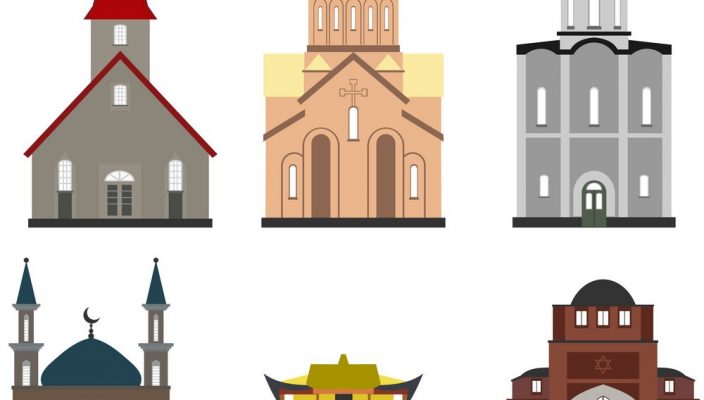 Finding God on Gannon’s campus: Exploration vital to choosing a place of worship that feels like ‘home’

When Christ walked the earth, I don’t imagine there were nearly as many options for places of worship. He likely went to the nearest synagogue for prayer without giving it much thought. Modern-day Jesus would have endless options, and would even be able to look up a review of each place.
Imagine the son of God reading something like, “4 out of 5 stars. I would give it 5, but the Communion crackers were a bit stale.” In my mind, he’d write back something about the staleness not being of any surprise, considering his flesh is thousands of years old.
While this all sounds a bit silly, people today are, in fact, presented with an overwhelming amount of options for churches.
For many, sticking to the church they were raised in may be the easiest option. I am one of those people who has remained where I was raised, but I would say it was more of a choice than settling on the easiest option.
Whether someone was raised practicing a certain religion, many often go through a spiritual journey to reveal what they believe in and where their sacred home is. Sometimes, this place of worship isn’t even a place.
In the scope of Christianity alone, there are endless churches and networks of Christian branches across the world. Because of this, it can be difficult to know what to choose or believe in.
I think it’s important to take time to learn a bit about different religions and how many of them are called differently yet are incredibly similar to each other. The various branches of Christianity, for example, generally believe in one God, Jesus Christ his son, the teachings of the Bible and unconditional love.
When it’s put so simply, it can be hard to understand why they are separated. Doing some research into the origins of the different Christian branches and Martin Luther can aid in this understanding.
While research and examining literal reviews on churches can be helpful, I consider physically visiting these spaces and attending a service to be equally, if not more, important.
The experience of a service varies from concert-like events to very conservative and ritualistic Masses.
Not only can these experiences differ by branch, they can also differ within any given sect.
Growing up in the Roman Catholic Church, I can say firsthand that each church I’ve been to within Catholicism alone has had its own unique atmosphere.
Because of this, I believe that history is not the only thing that matters in looking for what religion resonates best with someone.
Whether someone prefers the sacramentality of Catholicism or the strong loving energy of a non-denominational church, the options are endless when one’s spirituality needs nurtured. All it takes is some time and patience to figure out what feels most like home.