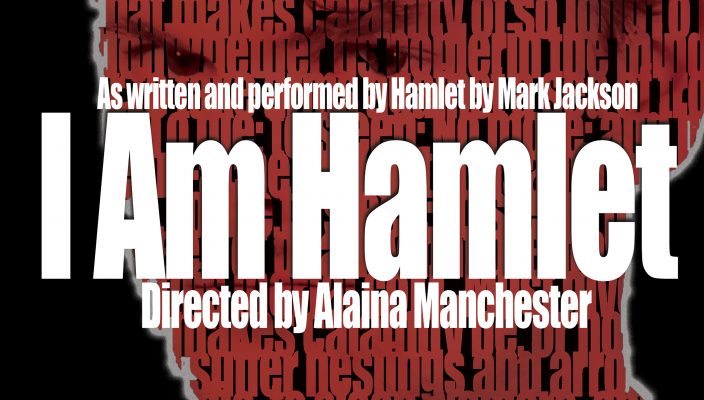 ‘I Am Hamlet’ to continue Fringe Fest momentum

The third installment of Erie Fringe Fest will take the Schuster Theatre stage at 8 p.m. Sunday.
In the vein of last week’s evocative “Tres Vidas,” “I Am Hamlet” will be a free, one-night-only performance.
Written by Mark Jackson and directed by Alaina Manchester, this one-man show is a Shakespearian tale with a twist: it is told entirely from Hamlet’s perspective.
In the original play, the ghost of the late king of Denmark appears to his son, Hamlet. He instructs Hamlet to avenge his untimely death by murdering the newly crowned king.
“I Am Hamlet” retains the original themes of madness and revenge, life and death, while also exploring ideas of identity, love and equality.
Schuster Theatre first tackled the show last July during Shakespeare Summer Nights, a series of free outdoor performances held in the amphitheater at Frontier Park.
Manchester, an assistant professor of theater, directed that staging, as well. She is eager to bring the work to life again Sunday.
“We can’t not reflect what is happening right now politically and culturally,” Manchester told the Erie Reader last summer. “We have some things we want to say while still respecting the original.”
Adam Rossi, an Erie native and Point Park University alum, will star in the reboot.
All Erie Fringe Fest productions are designed to bring great theater to the Erie community and to support the Schuster Theatre trip to the Edinburg Festival Fringe.
A group of talented students will be performing “Sisters Wyrd,” another Shakespeare adaptation, at the festival in August. All donations collected will help offset the cost of the trip.
Molly Ramich, a senior social work major and Schuster Patron of the Arts scholar, has been one of the many students working hard to ensure that Erie Fringe Fest runs smoothly. Last week, she ushered “Tres Vidas.”
“I got to see some of the backstage preparations for the show, and I got to learn the life stories of three incredible historical women,” Ramich said. “Being a Schuster Scholar has really enriched my time at Gannon with many opportunities for cultural growth.”
Tickets for Sunday’s performance of “I Am Hamlet” can be reserved online at schustertheatre.com.
The box office opens at 7 p.m., and unclaimed tickets will be released to the public at 7:45 p.m.
The fourth and final Fringe Fest production will be “The Wolves,” taking the stage Feb. 19-23. This 2017 Pulitzer Prize finalist explores the challenges, both on and off the field, of nine teenage soccer players and promises to be a powerful capstone to the 2020 Erie Fringe Fest.
ALEX STAUFF
conantst001@knights.gannon.edu