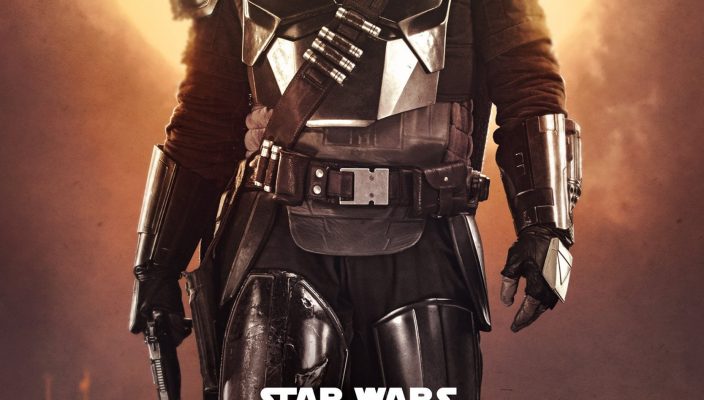 Disney is officially abandoning the trilogy format for Star Wars Universe media and this can first be experienced through the new live-action series on Disney Plus titled “The Mandalorian.”
Let’s just say this is my new hope for the Star Wars franchise.
This must be as equally liberating for Disney as it is exciting for fans. Instead of trying to tie up preexisting storylines, it is creating a series that explores new stories and literally expands the universe.
The series does so by adding new characters, exploring different planets on the outer rim, expanding on “Star Wars” mythos and slowly recannonizing older lore.
Easter eggs and references are in every single episode for those diehard fans.
The eight-episode season of “The Mandalorian” follows the life of Din Djarin, who is as much of an antihero as he is a dynamic protagonist.
The Mandalorian is a bounty hunter who was orphaned as a child when droids attacked his planet.
That is when a group of Mandalorian warriors took him in and raised him as one of their own.
Din’s unfortunate and unorthodox upbringing led to him becoming a bounty hunter and adopting Mandalorian attire and culture.
The first episode to establish this character opens with a cantina scene.
Cantina scenes in the “Star Wars” universe are always iconic, nostalgic and effective in introducing characters and causing a scene.
Plus, trying to describe these scenes sounds like the start of a joke. A Mandalorian walks into a bar…
Quickly we get introduced to the serie’s next most important character, the real MVP, Baby Yoda or The Child. Baby Yoda just so happens to be the Mandalorian’s next bounty, while simultaneously being the cutest thing ever.
Baby Yoda was rescued or abducted, depending on how you want to look at it, by Mando with some help from a Terminator-like droid IG-11.
Found on a desert planet called Arvala-7 that looks similar to Tatooine, Baby Yoda was hiding in a bunker in a high-tech bassinet.
One does not have to be a classic or long-standing “Star Wars” fan to enjoy this series.
The series is an intriguing and mysterious science-fiction/fantasy-adventure show with a few spaghetti western scenes thrown in the mix.
There is something for everyone to enjoy in this series, a major pull being the adorable mystery of Baby Yoda and his growing bond with the Mandalorian.
The two biggest letdowns of the first season are exceptionally minor ones in the grand scheme of things, such as how the series started slow and dry with little explanations.
Therefore, some viewers found it hard to get into right away.
However, there is crucial buildup time in any adventure-type story, and the show quickly becomes anything but slow and dry.
If you gave up on watching through all “The Mandalorian,” it is more than worth a second look and attempt at finishing the entire season.
The second biggest letdown is the revealing of the Mandalorian or Mando. Part of the shows appeal is the mystery surrounding the characters.
When the Mandalorian took off his mask and the camera showed us Pedro Pascal’s face, I couldn’t believe it.
I was hoping for creative camera angles to keep the Mandalorians’ face from being seen. Maintain the anonymity and integrity of Mando by leaving the helmet on a little longer and create further suspense, but in the season finale we got Mando’s full name and also got to see his face.
Both of those had been kept a secret for seven episodes.
The Mandalorians’ name being Din Djarin was exposed by Moff Gideon, who knows because he took part in the Great Purge and is the show’s most noteworthy antagonistic figure.
Up until the finale, Mando had refused to take off his helmet due to clan loyalty.
This conveyed the idea that it would be a betrayal of the people who so kindly took him in if another person saw his true face.
Now, that is a contradiction because in multiple episodes of different “Star Wars” animated television shows fellow Mandalorians had removed their helmets with no repercussions.
So, the show took time to create new canon only to reveal Din’s face to the audience at the end of season one.
Mando is in the clear because no person saw his face. Only a droid saw Mando’s face and it was strictly under dire medical circumstances and out of necessity to live.
Love me some literary loopholes, especially when the survival of a protagonist is at stake.
Still, I would have preferred to know that Mando took off his helmet under acceptable circumstances. I didn’t want to actually see his face directly; that would have encumbered me as a viewer.
Creative camera angles do exist; please use them occasionally.
Where do we place “The Mandalorian” in the overall “Star Wars” timeline? It is clearly after the Great Purge and after original adult Yoda’s death at the age of 900 in “Return of the Jedi.” “The Mandalorian” is said to take place approximately five years after “Return of the Jedi” and 25 years before “The Force Awakens”.
I am beyond happy with the direction of the “Star Wars” franchise from here on out. “The Mandalorian” season one was exceptional and sensational.
Because the show takes place before the most recent trilogy, I am hoping to see some familiar characters pop up throughout “The Mandalorian” series.
I’m also hoping to learn more about Baby Yoda in season two coming out later this year.