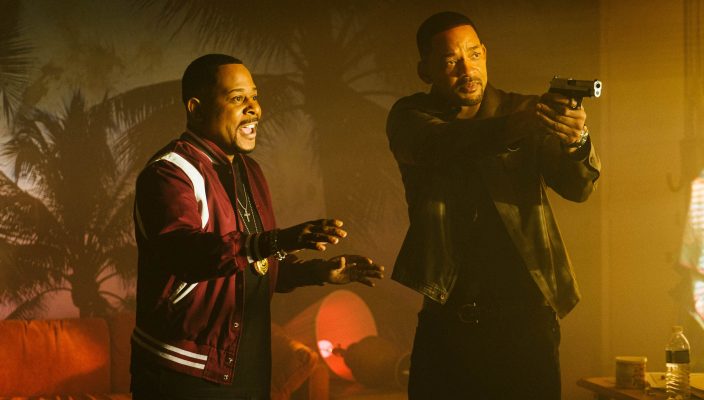 The ‘Bad Boys’ are back and better than ever

Growing up, my cousin always told me this story of him and my dad going to see “Bad Boys II” in the theater.
I was just a toddler at the time, so I don’t remember any of this, but apparently, the two of them left to get away from everybody and my dad suggested the movie, despite the fact that my cousin was probably way too young at the time to be seeing a movie with as much violence and profanity as “Bad Boys II.”
Regardless, they went and saw it and loved it. Ever since I heard that story, the “Bad Boys” movies were built up to this mythical status in my head.
I remember trying in vain to watch them on my dad’s iPod Classic on long car trips, only to be caught and have it taken away. With all that out of the way, I saw “Bad Boys for Life” over the weekend and absolutely loved it.
“Bad Boys for Life” follows Detectives Mike Lowry (Will Smith) and Marcus Burnett (Martin Lawrence), who, despite their age, are still cleaning up the streets of Miami. Given their age, Marcus decides to retire from the force, much to Mike’s chagrin.
But when an unknown assailant starts killing Miami city officials and almost kills Mike, the duo must work together for one last time to track down the killer and find the connection between all the deaths.
While the plot of “Bad Boys for Life” may sound a bit standard and formulaic, there are a surprising amount of cliché dodges that keep the story fresh and interesting.
I’m not about to say this is going to win any Oscars for screenwriting, but for what it is, it works well. There are very few R-rated buddy cop movies that are coming out these days that are any good, so it’s a nice change of pace to see one made just like they used to, but for a modern audience.
The action in this movie was something right out of the first two films. There are a couple of standout action set pieces that are filmed in a way that makes them fall right in line with the originals.
While Michael Bay is no longer at the helm for this movie, there still is a good amount of his signature explosions and over-the-top stunts that keep the audience on their toes for the entirety of the film.
Being that this is an action comedy, I would be remiss if I didn’t talk about the comedy. All I have to say is that this movie is hilarious.
There are extended scenes that had my entire theater in stitches, and there are one-liners that would rival the best movies from the ‘80s.
I have nothing but good things to say about the comedy aspect of “Bad Boys for Life,” and the balance between action and comedy is perfect.
There isn’t a single true “comic relief” character, which is good. The entirety of the cast takes turns as the comic relief and it helps this movie stand out from others in the genre.
There are a couple of gut busting callbacks to the previous two films that were thrown in for longtime fans of the series, but for the most part, this can be your first “Bad Boys” movie and still have your side hurt leaving the theater.
Smith and Lawrence both deliver great performances, although I didn’t expect any less.
I’m not positive how much of their stunt work was actually them, but there wasn’t a single point in the movie that I thought they were too old to be doing what they were doing, and if a moment like that did present itself, it was played off for comedic effect.
One member of the cast that really surprised me was Vanessa Hudgens.
She kicks some serious butt in just about every scene she has a gun in her hands. She did not strike me as that kind of actress, but I am very glad I was proven wrong.
At the end of the day, you have to be a part of the target audience for “Bad Boys for Life.”
If you have no problem with excessive violence and swearing and you like buddy cop movies, or if you’re a longtime fan of the franchise, I highly recommend going to see “Bad Boys for Life.”
The only downside that I can think of is that you’ll have the theme song stuck in your head until you get home.