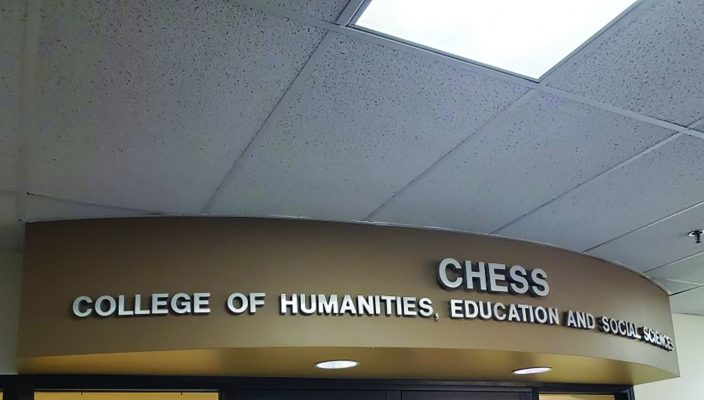 Gannon University’s spring portion of the “#MakeChange: Stand up. Speak out” event series begins Thursday with a talk by Lo Myrick. Events will continue throughout the semester, ending March 26 with a student-led spoken word event featuring student narratives.
The Thursday talk, “Why Your Mindset Matters More than Your Major,” will begin at 1:30 p.m. in Waldron Campus Center Room 219. Here, Myrick, a Gannon graduate and consultant, will discuss the importance of a positive mindset and how that can lead to success.
Following that event, the School of Political Science and Global Affairs is holding an Iowa Caucus Simulation 5 p.m. Monday in the third-floor atrium of the Palumbo Academic Center.
Here, several students will give a pitch for each of the candidates, Jeffrey Bloodworth, Ph.D., chair of the PSGA program, said. Other students will then get a chance to ask questions about each of the candidates. In the end, there will be an online vote.
“The goal is hopefully a fun, engaging way to learn more about the candidates,” Bloodworth said.
Several students came to Bloodworth hoping for some sort of forum to learn more about the candidates, he said.
“A lot of universities would just have professors talking,” he said. “We don’t want that. We wanted to get the students more engaged.”
That’s just what the school created. The event provides a chance to involve students. Involving students is one thing that the committee planning the event makes sure to include, Ann Bomberger, Ph.D., chair of the planning committee, said.
“PSGA is really getting involved,” Bomberger said. “It’s exciting to see students involved with the planning of it.”
Two days after the Iowa Caucus Simulation, Maria Karagianis will speak at 7 p.m., Wednesday, Feb. 5. in the Yehl Ballroom in the Waldron Campus Center. The award-winning writer and journalist will be speaking about being an activist and her experiences being a college student during the Vietnam War in an event titled “Live Before You Die: A Semi-Autobiographical Presentation about Advocacy and Fighting for Justice.”
Nicolina Cuzzola, a junior Spanish major, plans to attend this event. She said first became aware of the event series from her Spanish teacher, who is requiring each of her students to attend at least one event.
Although she plans to go because it is a class requirement, that didn’t stop her from being interested in the topic.
“I think the ‘Live Before You Die’ one sounds interesting to me because it’s a woman speaker talking about being a women’s activist and talking about what she believes in,” Cuzzola said.
The rest of the semester’s events aren’t until March, where the series will continue with the CHESS Humanities and Leadership Conference on March 14.
This annual event allows anyone from the Gannon community an opportunity to highlight scholarly research in the humanities, social sciences and leadership from the past year.
Lt. Pete Scobell will also provide a keynote address that will focus on the importance of leadership and service. The deadline to submit a proposal is Feb. 21.
Samantha Fuentes, another speaker, will come to Gannon at 7 p.m. Thursday, March 19, at Yehl Ballroom in the Waldron Campus Center. She will be reflecting on her experiences from the 2018 shooting at Marjory Stoneman Douglas High School.
This event, intended to reach into the Erie community, is meant to help inspire many students to be active in the community, Bomberger said.
“A lot of times young people feel like they can’t have an impact, so we brought Samantha Fuentes, who is a young person who has had a lot of impact,” she said.
The series’ final event is a multi-vocal event, “Women 1920-2020: Our Struggles, Our Successes,” which will be held at 7 p.m. Thursday, March 26, at The Knight Club. This student-led event will highlight the stories of activist women and showcase student narratives.
This event will finish the yearlong series theme “#MakeChange: Stand up. Speak out,” which has built on the anniversary of the women’s suffrage movement, focusing on struggles from the past and staying relevant in today’s world.
Though the theme for each year’s event series changes, with 2018-19 focusing on freedom and 2017-18 being “Surviving and Thriving in Uncertain Times,” they share a common goal.
Each event series begins with the hope that it will affect more than just Gannon students, but the Erie community, Bomberger said.
“Things like this are important for the community as well as the students,” she said. “There’s a lot of things learned in the classroom, but there’s a lot of things learned outside as well.”