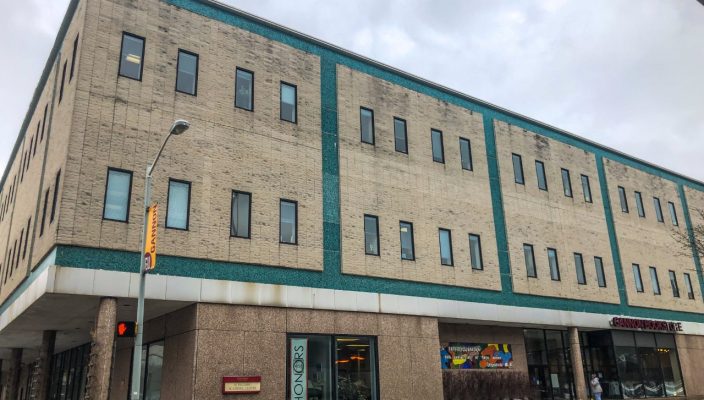 Gannon University’s social work program has been recognized as the highest-ranked program in the region, according to a university press release.
The social work program is being recognized based on criteria determined by the Council on Social Work Education, which factors in average salaries of graduates, accreditation and the program’s affordability for students.
The Council ranked the university’s Bachelor of Arts in Social Work No. 11 among 413 programs in Pennsylvania.
Much of the program’s development is due to the work of Parris Baker, Ph.D. As head of the social work, mortuary science and gerontology programs, Baker has a unique perspective to comment on those who major in social work.
“Every day there is a set of individuals born who will make a difference in the lives of others,” Baker said.
“Our students can make a difference in the lives of people and communities; and though change is sometimes daunting, nothing is impossible.”
Baker was quick to credit others for the success that was achieved.
Baker said he is proud to carry on the tradition of “a small program having a big impact” started by his predecessors. He and Sara Lichtenwalter, Ph.D., are proud to carry on the legacy of Charles “Chuck” Murphy and Anthony “Tony” Rao.
Nevertheless, while a program is made by faculty, the success of the program ultimately falls upon the success of the students. In talking with several students, they seem as excited as the administrators.
Justin Johnson, a junior social work major said, “Gannon’s social work program provides students with the knowledge, skills and experiences to be able to create meaningful change and empathize with others in a wide range of capacities.
“Our program invites students to encounter others and advocate for justice.”
He further hopes that the recognition that comes with this ranking will only help the program to grow.
Diversity has been a major part of the program.
Despite only having 26 students in the major, 12 countries are represented by the diverse group.
These countries are the United States, Australia, Congo, Uganda, Saudi Arabia, Iraq, British Virgin Islands, U.S. Virgin Islands, Columbia, Tanzania, Republic of Burundi and Puerto Rico.
Daniel Baker, a sophomore in the program, attributes the program’s success to this diversity. It is a natural conclusion, for Baker, that when a diverse group is gathered, it will be able to understand and help others, an integral aspect of the major. This diversity inevitably lends to building skills such as understanding and empathy.
The program already has several notable alumni, such as New Castle’s first African American mayor, Chris Frye, who graduated in the class of 2010.
This will elevate Gannon in the eyes of those who wish to attend for social work, and it will also give the university another accomplishment to add to its history.