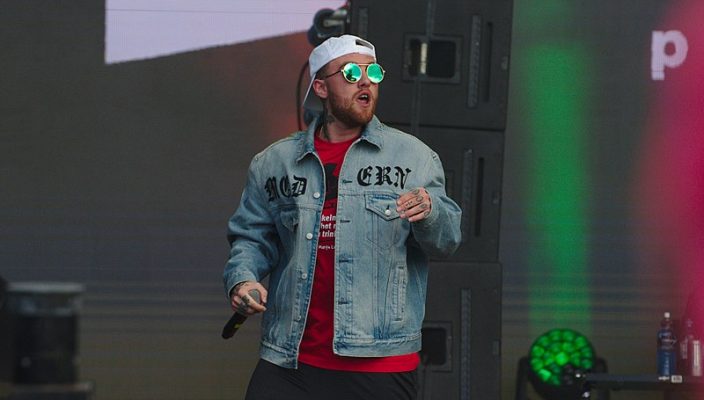 The sub-headline of this article comes from the sixth song on Mac Miller’s newest album “Circles.” A line like “everybody’s gonna die” and the corresponding song “Everybody” hurts.
Even though I don’t think that it was intentional to hurt us, it illuminates the tragic death of the artist who passed away in September of 2018.
Listening to “Circles” by Mac Miller was like having a ghost whisper in my ear. It’s one thing to listen to an artist’s music after he or she has passed away, but hearing music released by an artist after his or her death is almost ethereal.
“Circles,” which was released on Friday, is most similar to the two albums that preceded it. These are “Divine Feminie” and “Swimming.”
I don’t think this album is meant to be in your face.
Like the past two albums, “Circles” is more of a confessional and a coming-to-terms expression.
This album reminds me of Miller’s Tiny Music Desk appearance on NPR. The execution of this album seems so personal and intentional. I think this speaks to the amount of love for music Miller had and demonstrates how he had evolved in his craft.
He started out with frat rap and changed over time to what we are left with as his last testimonies to his pain and experiences. As time proceeds, his lyrics become more self-worth based. Although, from rapping to singing Miller has always impressed.
There’s never excitement when somebody, let alone someone almost universally loved by the public, dies.
Although, there’s a different feel to the death of a public figure. Usually, we feel distant and can go about our day. So why does Miller’s death feel so personal for so many people? In my opinion, this is something that grew from the raw emotional expression that Miller shared with us.
Music was Miller’s form of therapy and turned out to do the same healing for other people as well. So many listeners can identify with the struggles that Miller so bravely put out there for us to judge.
I don’t have any issues with “Circles.” I don’t think I can consciously try to find something wrong with it because of the circumstances of this release.
Isn’t that how it goes with artists who have died? They become one of “the greats” because the mourning deafens the hate.
Does someone have to die to be verified good in music? Weren’t they good before? Or were we just not aware of their talent?
It is with death that we are forced to take notice and evaluate.
There’s nothing stopping us from pausing and absorbing the noise around us.
I urge you to listen to something you might not deem worth listening; take a different perspective and be open.
If you’re blanking on what that thing could be, I recommend “Circles.”