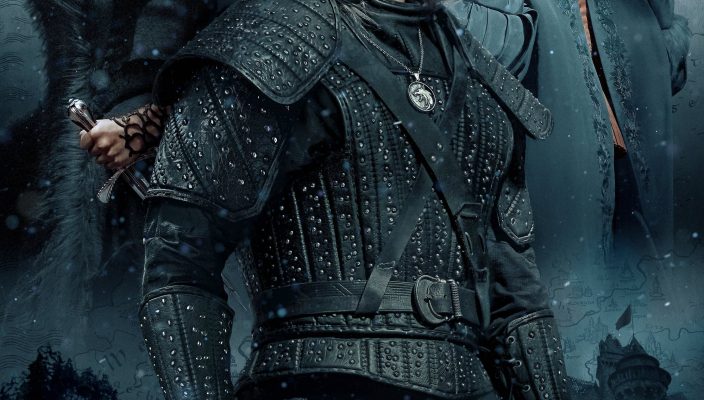 Toss a coin to ‘The Witcher,’ now a Netflix Original

On Dec. 20, 2019 Netflix released an enthralling fantasy-adventure-drama series entitled “The Witcher.” This eight-episode season is based on a series of novels and a collection of short stories of the same name by Andrzej Sapkowski.
These novels have previously inspired numerous video games, so it was only a matter of time before they were going to be adapted into a movie or television series.
As a longtime fan of the franchise, I am beyond grateful for what Netflix and producer Lauren Schmidt Hissrich have created, because it does not disappoint.
The opening scene for the first episode seems tranquil, but then jumps straight into action with Henry Cavill as the main character, Geralt, slaying a monster.
Throughout the entirety of the show, the series does nothing but pull you in and leave you with questions.
For this reason, I cannot wait for the second season to release in 2021. With eight episodes being about an hour each, I finished the season before too long, and now I am riddled with a case of the binge-watching blues.
In a medieval time setting in a fictional world known as the Continent, “The Witcher” follows the story of three characters with different arcs, positions and abilities.
As previously stated, we are first introduced to Geralt of Rivia, a Witcher of undisclosed age who travels around, usually by himself, on his horse named Roach killing monsters for a living.
The second storyline follows a powerful sorceress with a complicated backstory named Yennefer of Vengerberg ,who is played by Anya Chalotra.
Finally, a young and orphaned princess of the Cintran kingdom named Ciri portrayed by actress Freya Allen is introduced. We watch as their lives unfold over a span of almost 60 years, learning how the fates of a skilled monster hunter, dynamic sorceress and young princess are intertwined.
We also see how events in their lives shaped these characters before they even met each other. Somehow their destinies are bound and unavoidable.
Along the way, Geralt picks up a traveling companion, Jaskier the Bard. Affenctionately called Dandelion, Jaskier is played by Joey Batey and is treated as a nuisance by the majority of the other characters throughout the series, however; he makes for an excellent and much-needed comic relief.
At this point, he is my favorite character. Bonus, the songs he writes are actually catchy. Not spoiling anything, I promise. It is a running joke that Jaskier has a bad singing voice when really, he is quite melodic, which makes sense considering Batey sings and plays guitar for a band outside of acting.
Fair warning, if you are not previously associated with the world of “The Witcher” through various mediums, or even if you are, the show is not something you can watch passively. The show will require you to pay attention to details in order to piece everything together logically.
The episodes and three main story arcs throughout the season are not shown in chronological order, nor do they tell you in the show that they are jumping back and forth through timelines. To help with this, Netflix released an official timeline for the show.
Whether you look at the timeline before, during or after you watch the show is entirely up to you. The first time through I didn’t have the timeline, then I looked at it, and then I watched the show a second time through.
Yes, I watched it twice because I liked it that much. If anything, the timeline gives a better grasp on the fact that the first season spans decades, 1206-1263.
Different species age differently, so the time changes are not visually obvious through our main protagonist Geralt.
Disclaimer, “The Witcher” is rated TV-MA. As much as I enjoyed the series it is not for everyone. “The Witcher” has a similar tone to “Game of Thrones,” and has been compared to it in the media.
I find “The Witcher” to be slightly less intense than “Game of Thrones.” And for the record, it is nowhere near a knock off of “Game of Thrones”; “The Witcher” books were released three years before the first “Game of Thrones” book.
Season one of “The Witcher” is available for streaming on Netflix now.