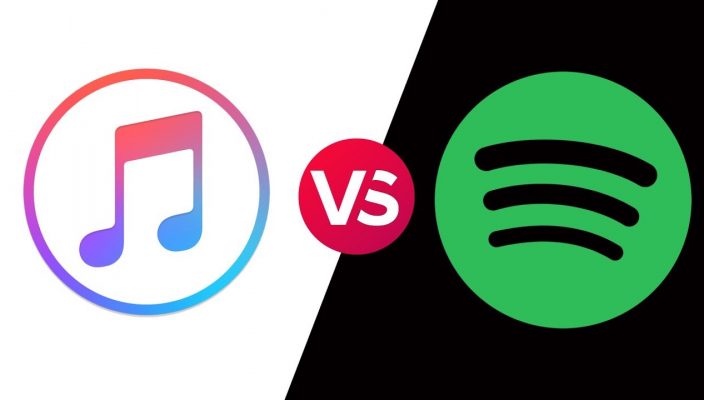 Has the Apple become rotten? Making the switch to Spotify

Recently I made a major life change. I switched my listening experience from Apple Music to Spotify Premium. I had an Apple Music account for a couple of years, so why did I stay for so long?
I stayed mainly because I had all of my music on there. If you couldn’t already guess, since I do write the music column for the newspaper, I listen to a lot of music.
I guess I also got comfortable with what I knew. Spotify seemed so foreign to me for so long and I was reluctant to get used to it. What made me finally make the switch?
Originally it was because of money and I wanted to get the most bang for my buck. Although the two services are the same price, when you purchase Spotify Premium as a student you also receive Hulu and Showtime.
So, I got the free week trial of Spotify to get a feel for what could possibly be. Over the course of the week I added some music and I listened to a couple of playlists.
Once my week of free trial was over I was hooked on the platform.
Although Apple Music may be more user friendly, I found Spotify Premium to be geared toward the exploration of new music and the development of niche tastes.
Apple Music seems more driven by what is popular instead of what the user likes.
In deciding which platform to use, and more importantly pay for, I had to determine the pros and cons of each one.
Both platforms give users a weekly playlist that is tailored to them. In this area Spotify greatly surpasses Apple Music.
In my experience, when Apple Music would provide me with a tailored playlist, I only liked a few songs.
I also noticed that Apple Music fills the playlist with music that was recently released by popular artists whether I am a fan of them or not. I don’t listen to Drake so why did I keep getting recommended Drake?
This reminds me of the time when Apple downloaded a U2 album on everyone’s devices without their consent. Like I said before, it seems that Apple cares more about the corporate push to make money than it does about our listening experience.
On the other hand, I have saved almost every song that has been recommended to me by Spotify.
In addition to the advantages of Spotify, I absolutely love the short motion pictures that Spotify plays on the app with some of the songs on the platform.
This lets me get a better feel for the track and the artist’s aesthetic.
An advantage that Apple Music has over Spotify is the use and availability of lyrics. While listening to a song on Apple Music you are able to see and follow along with the lyrics on the screen.
I appreciate this especially when I can’t understand the artist.
Also, Apple Music allows you to search for a song by the lyrics. You are unable to do this with Spotify.
I think we all know the feeling of recognizing a phrase from a song, but are unable to think of the song title.
That accessibility to lyrics that Apple Music has made me hesitant to switch.
In the end, it was Spotify’s user-centered approach to its platform that won for me. Also, the added perks of having a student membership are hard to pass up.
In addition, the potential to have a stronger connection to other users is appealing to someone like me who likes to dip my toes in a lot of new music.
To each his own. I cannot force everyone to change their listening experience. Although, I do suggest taking advantage of those free trials in order to see what else is out there. You never know what you could be missing out on.