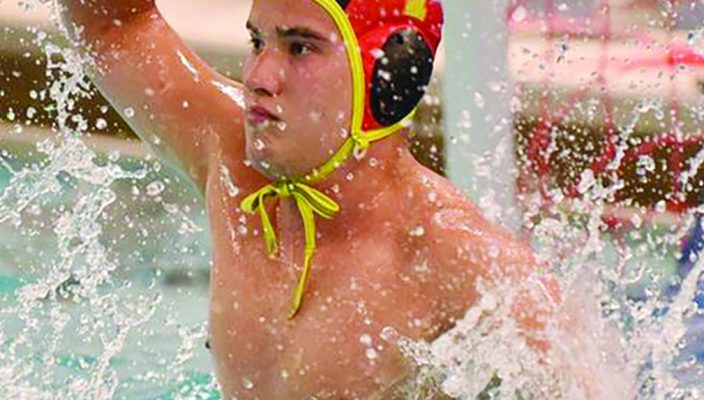 A big weekend is in store for the Gannon University men’s water polo team, as it gets ready for the Mid-Atlantic Water Polo Conference West Division Championship, to be held at the Hallman Aquatics Center in Erie.
After dominating the CWPA Division II Championship a couple weeks ago, the Knights were able to rest last weekend as they prepared for the upcoming West Division tournament.
Gannon brings an overall record of 15-2 into this weekend’s event and will enter tournament play as the host and No. 1 seed.
The remaining seeds are McKendree at No. 2, followed by Salem, Mercyhurst, Connecticut College, Washington & Jefferson and Monmouth.
The top finisher at the West regional advances to the Mid-Atlantic Water Polo Conference Championship, set for Nov. 22-24 in Lewisburg. Bucknell will be the host school.
Gannon has been destroying the competition, thanks in part to freshman goalie Jacob Hollo. He won Rookie of the Tournament and Goalie of the Tournament at the CWPA Division II Championship Oct. 26-27 with a stellar performance.
Gannon also has gotten outstanding leadership from seniors Riley Hinkley and Thomas Squeglia.
HInkley, from Meshoppen, is a mortuary science major wrapping up a standout career at Gannon.
As a freshman he finished with 10 goals, two assists and five steals. The next year he scored goals in six different games and played in 15 of 18 matches.
In his junior year he finished third on the team with 39 goals and contributed 10 assists to go with 18 steals.
So far this season, Hinkley has registered 25 goals and has added two assists for 27 points.
Squeglia, a hometown product, has been a standout since day one. The finance major recorded 18 goals, 14 assists and 21 steals as a freshman.
As a sophomore, he played in every single match, recording 35 assists, 24 goals and 28 steals.
He continued this success his junior year, once again playing every game. He was second on the team in goals with 54, assists with 36, points with 90, shots with 99 and sprint-off wins with 16. He was a MAWPC-West Region first-team selection. This season, Squeglia has collected 42 goals and 22 assists for the Knights. As a team, Gannon has outscored its opposition 273-190 with a per-game margin of 17.1-11.9 going into this weekend’s tournament.

« Back on top: Knights soccer is in the Top 5 Hang out down the street with ‘That ‘70s Show’ on Netflix »