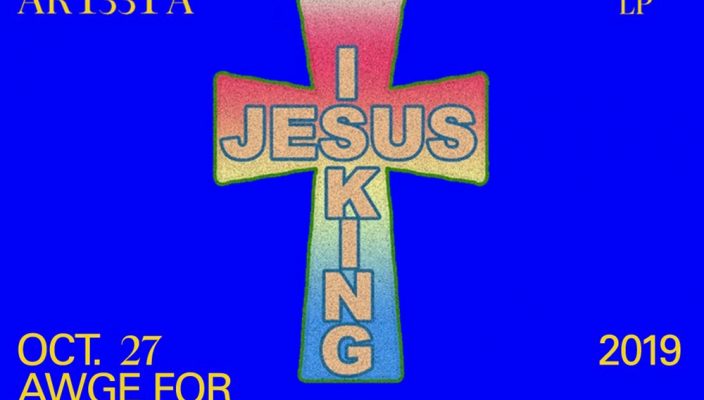 Kanye is no longer king: What happened?

The wait is over. Kanye West seems to have literally blessed us with his ninth studio album, “JESUS IS KING.”
But are people excited for this album specifically, or are they just looking forward to see what crazy thing Kanye will do next?
When Kanye finally released this 27-minute album, after numerous delays, my roommate started blasting it throughout our apartment. I woke up from my nap to a deafening chorus of “hallelujahs.”
I thought I was about the enter the pearly gates before I finally orientated myself and got my bearings.
“JESUS IS KING” seems like the culmination of a 10-year discussion about religion that Kanye West has had with himself.
To give this some context, in an interview in 2008 the eccentric rapper said that “I don’t attest to any religion that tells me that other people gotta go to hell,” among other related statements. Obviously, West has changed his ideology over the years.
While “JESUS IS KING” is not a strict gospel record, this project is dedicated to West’s religious affiliation.
The album opens with an exhilarating electric chorus in “Every Hour (feat. Sunday Service Choir)” that sets the tone for the whole album.
My favorite song is “Use This Gospel” only for the call-back that it contains. In this song you can hear a beeping that sounds like a car door being open.
For those that don’t know, around 17 years before this album dropped, Kanye West was in a near-fatal car accident.
During that time period, West recorded the song “Through The Wire” with his jaw wired shut.
Maybe remembering this near-death experience, among others that he references in “JESUS IS KING,” is what catapulted West into his religious fanaticism.
There are also some call-backs to memorable life and musical moments in “On God” and this is why it also ranks toward the top of my list from this album.
Although, this album is lacking and has a lot of forgettable songs, especially in the middle.
Honestly, this album isn’t half bad, but I can’t take the whole project seriously.
This is because it uses cheap rhymes and weak religious references to get his message across. Also, it contains a song almost entirely referencing Chick-fil-a.
In “Closed on Sunday,” Kanye West says the lines “You my Chick-Fil-A / You’re my number one / With the lemonade.” These lines made me audibly say “what?”
While this line is clever, it took me outside of the listening experience.
I also don’t like this album because he is asking too much from his listeners.
Putting your religious affiliation front and center on such a large world stage as Kanye West has done opens the artist to some harsh criticism.
With this level of openness of his religion, there is bound to be a divide between the artist and certain listeners.
Over the past couple of years, Kanye has dramatically changed his political and religious views.
Because he made a whole album about his religious beliefs, I don’t think the topic is taboo to talk about.
Kanye seems to be making Christianity a spectacle, like his Sunday Services are some kind of show. It makes the whole thing seem like a gimmick.
Videos of these services are floating around the internet. While at first glance they seem like just an energetic service, upon closer inspection there is a clear divide in the group.
At the center are the choir and the regular members, all dressed alike.
Around the perimeter are predominantly white people dressed in day-clothes and recording the service on their phones.
To me, this looks like white people at a zoo. This just reinforces my idea that this is all put on for another reason besides just religious celebration.
I could continue talking about my distrust when people “pick-up” ideologies when they are profitable toward them, but that is for a different day.
I cannot get behind an artist who flip-flops so radically with little-to-no explanation. He went from hating George W. Bush to wearing a MAGA hat.
I will not state where I stand on those topics; this is not the place to do so. Although, I will say that the most disheartening thing about this, for me, is that West’s father was a Black Panther.
Political opinions aside, “JESUS IS KING” is an OK album. It has the Kanye West touch. The beats are actually pretty good, but the cheesy lyrics take the project down a notch.
Also, I just can’t get behind an artist who thrives mainly on radicalism to propel his personal goals and musical career.