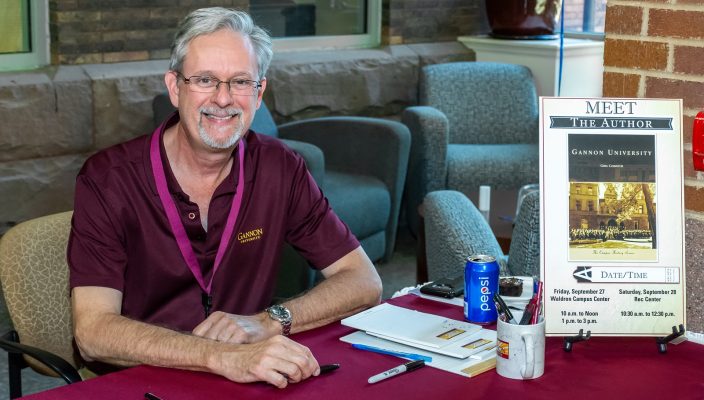 “I especially enjoyed how it was divided into sections, and loved seeing the people section and some of my old profs.”
Tami Faram, director of Alumni Services, is an Erie native who later took courses at Gannon.
“Even though I’m a native of Erie, and came to Nash Library to study while at Villa Maria High School and later took courses at Gannon, I learn something new about the university each time I open the book,” said Faram.
“Alumni Services is thrilled to be able to offer this book that preserves many memories at Gannon for our alumni. Alumni of all decades can relate to the photographs and details throughout the book.”
Each section showcases photos from different times through Gannon’s history. For those interested in seeing more, contact the Archives department in Nash Library or contact the alumni services office.
“Gannon University, The Campus History Series” is available for sale online and also at the Gannon University Bookstore.