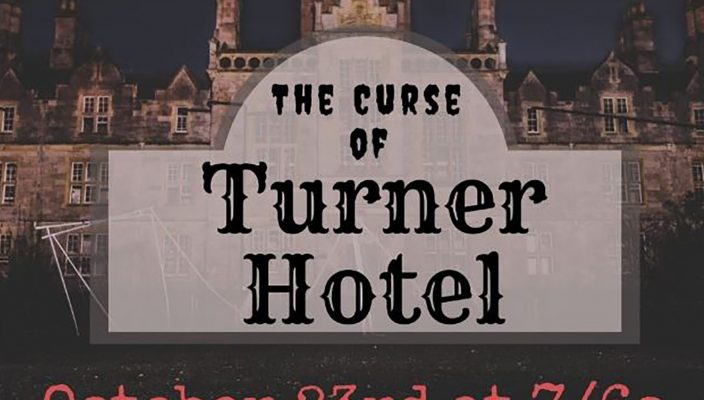 At the end of October, Gannon’s radio station, 90.5 WERG, will be debuting a new show called “The Curse of Turner Hotel.”
This new show, stemming from 90.5 WERG’s specialty show “The VIP,” is an interactive radio drama that allows the audience to choose how the story goes.
It follows three kids who get trapped in a cursed hotel and are told by the owner that they must get through five levels of monsters in order to escape.
At the end of each episode, the characters are given the choice between two doors, which will ultimately determine the monster that they will face upon the next floor.
This is where the audience comes in. Listeners will have the chance to vote on 90.5 WERG’s Twitter page (@thevipatwerg) to determine which door the characters will choose next. Although there are nine episodes created, only five will air depending entirely on what listeners vote on.
Nicolis Franz, 90.5 WERG’s production director and creator of “The Curse of Turner Hotel,” said he started to conceptualize this Halloween-themed radio drama last April. His idea of getting the audience involved with the show came from an interest in alternative reality games (ARGs). “I’ve found myself increasingly interested in ARGs and choose-your-adventure stories,” Franz said. “I’ve become really fascinated with the idea that an audience has some control over the events that happen in these kind of stories, making the experience really unique and unlike any other form of storytelling.”
As he was beginning to draft this story, he was unsure where to start with creating something like this.
“I wanted to include all kinds of different options for monsters the audience could experience,” Franz said.
Finally, it struck him. “I struggled with (it) until around late June, when I started writing a draft for the hotel idea. I liked it so much that I stuck with it and went straight into writing a script.”
Gannon students, of course, are playing the characters. Some are already involved in the radio station, and some are involved with the theater on campus. Along with students, some professors will be involved in the show, as well.
“I wish I could shout out every single cast member of this project; they all did an incredible job with their roles — they were the ones who brought the project to life with their performances,” Franz said. “This wouldn’t be what it is now without their involvement in bringing the cast of characters to life.” Seamus Clerkin, a junior theater and communication arts and middle level education major, plays the character Shawn in “The Curse of Turner Hotel.”
He has been involved with both the Schuster Theater and WERG throughout his time on campus. Coming from a theatrical background, acting in “The Curse of Turner Hotel” was much different from what he was used to.
“In theater, we have months of rehearsing and perfecting our characters before we present a show to an audience,” Clerkin said. “With radio performance, I was given a script and went right into the recording booth to record my lines.”
Despite the difference, Clerkin said, “It was a whole new experience that I am glad Nicolis Franz asked me to be a part of.”
“The Curse of Turner Hotel” begins Wednesday, Oct. 23 at 7 p.m., during the VIP on 90.5 WERG. Listeners can tune in to the station online at wergfm.com or the Tune-In Radio app on smart devices.
The show will run at the same time, same day each week for five episodes. To play along, follow the VIP’s Twitter account @thevipatwerg. At the end of every episode, a week-long poll on Twitter will be up asking listeners to vote on what door the characters should choose next.
After airing, all the episodes will be re-released at a later date before the end of fall semester so everyone can have a chance to listen.