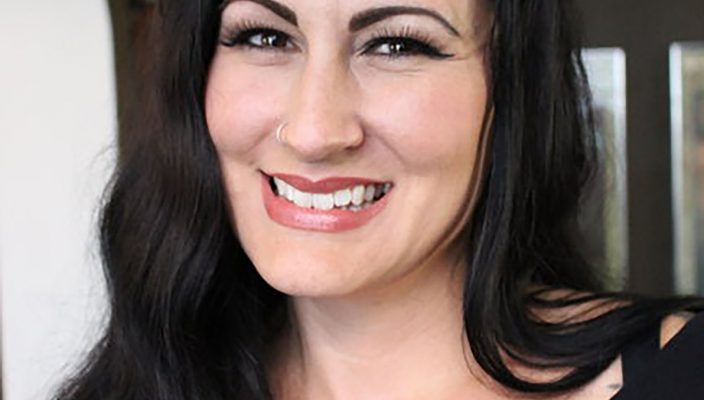 Gannon University will host two events dedicated to the centennial anniversary of the women’s suffrage movement in October.
The first is a speaker event and will fall on Oct. 12. The second, a community mural painting, is slated for Oct. 14.
This year, Gannon University’s College of Humanities, Education and Social Sciences (CHESS) is once again holding its annual speaker series. The series is called “#MakeChange: Stand Up, Speak Out” and is inspired by the centennial anniversary of the women’s suffrage movement and the ratification of the 19th Amendment. Both events in October are part of this year-long series.
The Oct. 12 event is titled “The Progressive Era and Suffrage: How Reform Drove the Vote,” and will feature Elizabeth Garner Masarik of the University at Buffalo. The event is organized by the American Association of University Women (AAUW) and the Erie League of Women Voters (LWV).
Garner Masarik is a Ph.D. candidate and a curriculum development administrator at the University of Buffalo, as well as a fellow in the University at Buffalo Institute for the Research on Women and Gender and a Fellow of the Humanities Institute. Her specialties lie in gender, history and justice, said Lori Dolan, president of the League of Women Voters of Erie County.
“We hope Elizabeth will speak to the struggle of all women,” Dolan said. “Although federal law granted all women the right to vote in 1920, women of color still had many years of struggle ahead fighting state rulings meant to suppress their vote.”
According to Candy Brown, the AAUW coordinator of the event, who took over planning the event when the original coordinater fell ill, the organization decided to sponsor the event to educate the public on the history of the suffrage movement, as well as to make the public more aware of the AAUW name and mission.
“I hope that students will attend and learn something about women’s history,” Brown said. “I have two daughters in their 30s, and they have no interest in women’s issues or history.”
The presentation will take place in the third floor atrium of the Palumbo Academic Center and is free and open to the public.
The Oct. 14 event is a more hands-on experience for those participating. Gannon’s mural painting day, titled “Her Voice, Her Vote,” will allow students to paint several pieces of what will become a finished mural of the same title.
This event is also hosted by the League of Women Voters in conjunction with the Erie Downtown Partnership, HANDS and six local artists. There will be several opportunities for the local community to participate in multiple paint days throughout the year. Oct. 14 is the first paint day and is Gannon’s opportunity to participate in this community event. It will be held in the second-floor game room of Waldron.
Gannon students who participate will be under the guidance of six local professional artists, so they do not need to be skilled artists themselves. Once finished, the mural will span the entire side of the HANDS building on Seventh and State streets, commemorating the centennial anniversary of the 19th Amendment for years to come. It will be publicly unveiled in August 2020, exactly 100 years after the ratification of the 19th Amendment. It will be displayed for one to two decades.
“The art will bring beauty to our downtown area with a message of what has passed and what we still need to accomplish,” Dolan said. “Students participating will be able to look upon the mural in Downtown Erie and know they had a part in creating this awesome piece of public art.”
At both of the events, staff from the League of Women Voters will be present to educate the crowds on important historical information related to democracy and voting rights. They will also assist those in attendance with voter registration and hand-deliver student registration forms to the courthouse.
“There are no good reasons to not vote,” Dolan said. “Young people must identify with the fact that, to have a democracy, we must all participate.”