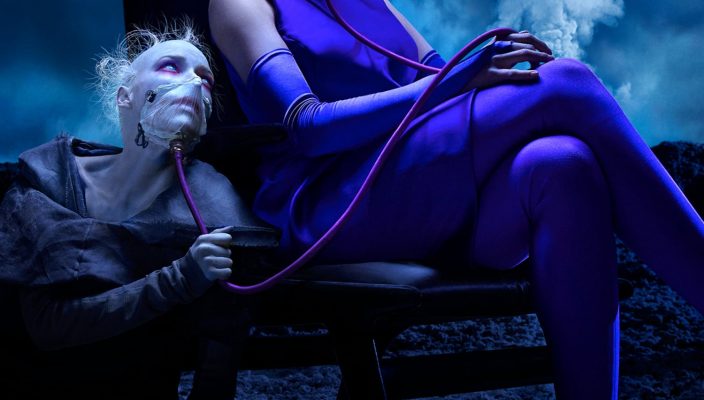 ‘American Horror Story’ returns to Netflix with a bang

What better way to celebrate autumn than to binge-watch a new series on Netflix?
Now that it has eight seasons on Netflix, “American Horror Story” has plenty of different story lines to watch and get sucked into. “American Horror Story” is an iconic show that will surely send some chills down your spine.
In the new season that was recently added to Netflix, “American Horror Story: Apocalypse,” the chill factor more has to do with how plausible the events are.
The first episode of season eight is called “The End,” which is an appropriate name for what occurs.
To open the season with a bang, nuclear war is at its highest point. The episode starts off as a normal day for many people: going shopping, getting their hair done and waiting to hear if they got accepted to their dream college.
However, things change when the government sends out a warning on everybody’s phone. Just like the real event that happened in Hawaii last January, some people believed it was an error. In this episode, there was no mistake.
Mass hysteria breaks out across the city of Los Angeles. People are rushing to find their loved ones and trying to evacuate. Some even kill themselves so they do not have to face the deadly blast.
There are only two groups of people that seem to survive: the extremely wealthy and those selected by the government.
If the survivors weren’t spending millions of dollars for a refuge spot that ended up helping fund this special government program, then they were chosen by the government for their special genetic makeup.
Supposedly, some people were destined to live. Thanks to online ancestry testing, the government was able to get DNA from many people, which is how they knew some had the makeup to survive. The groups must learn to live with one another and deal with the strict rules the safety establishment puts out.
Rationed food. Repetitive songs. No social media. How long must they live that way?
Personally, I have seen up to “American Horror Story: Hotel,” the fifth season. So far, compared with the other seasons, there isn’t a supernatural theme, but more of a realistic one.
At least the first episode does not show any significant appearances of anything supernatural, except maybe one involving a steamed mirror with writing on it.
With the growing advancement of today’s technology and nuclear weapons being at the fingertips of the government and leaders, it is not hard to see how accurate this may be.
Well-loved actresses and actors of the show series make a comeback in season eight. Sarah Paulson, Evan Peters and Kathy Bates are only some of the returning actors that help make “American Horror Story” what it is.
For those who haven’t watched the series, each actor portrays a new character in each season. The way that these three can change their behaviors and mindset to an entirely different person from one season to the next is remarkable. No characters have ever had the same personality.
I personally have never seen such talent in individuals. I have high respect for them and their profession; there is no better casting than the one in this series.
I look forward to watching the rest of the season and seeing how things pan out. At this point, the rest of the world is a radioactive wasteland.
Where can this group go? It is definitely a cliffhanger. What is nice about this series is that you do not need to watch a previous season to understand the one after it.
If you want to watch season eight, “American Horror Story: Apocalypse,” it is now available for steaming on Netflix.
SCARLETT ERVEN
erven001@knights.gannon.edu