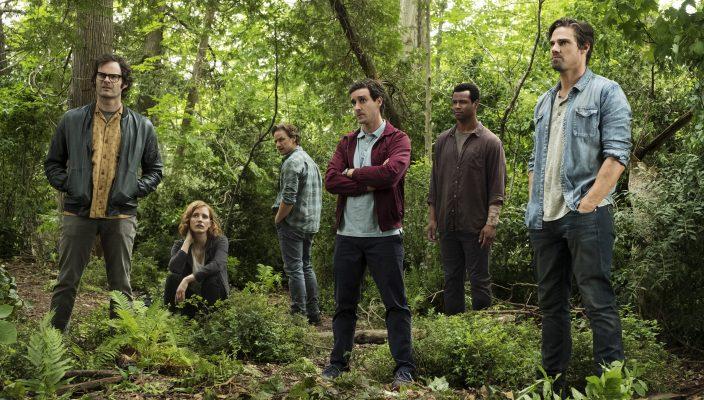 Something is coming. We can all feel its presence. It is . . . the spooky time of the year. Insert cheesy lightning and thunder sound effects here.
Yes, it’s true, just as people start playing Christmas music way too early in the year, as soon as September comes around, everyone across this great nation of ours gets overrun with Halloween fever.
I wish I could say I am not one of those people, but that would be a complete lie. I love Halloween. And just as everyone is getting into that spookiest of moods, Hollywood starts doling out its fresh batch of new horror movies.
This year, the season was kicked off by the much anticipated “It: Chapter 2.”
It’s been 27 years since the events of the first “It” movie, and Pennywise the Clown is back to terrorize and kidnap the children of Derry, Maine. But this time, the members of “the Losers Club” that we met in the first movie are back too, and they are ready to take on Pennywise and stop him for good.
I have to say, I am pretty impressed with “It: Chapter 2.” I wasn’t expecting to like it as much as I did considering that I really don’t have a great affinity for horror movies, but “It: Chapter 2” offers a pretty decent continuation of the story that was started in the first movie.
There were a couple of surprises that came out of “It: Chapter 2” for me.
First off, the casting department did a fantastic job finding actors that looked like grown up versions of the kids from the first movie.
I’m telling you, if Finn Wolfard doesn’t grow up to look just like Bill Hader, then I will be really surprised. That casting was spot on. Second, the visual effects were pretty impressive.
There were a couple of times where the CGI was a little noticeable, but that is really to expected. But, anything involving a distortion of Pennywise’s face came across as very believable to me, and that’s no small feat.
The performances this time around were all very good, with Jessica Chastain and James McAvoy particularly standing out. The real show-stopping performance came from Hader, however, who showed off some really impressive range.
I went into the theater thinking that he was essentially only going to be the comic relief, but I was sorely mistaken.
Hader really impressed me with his ability to convey a wide range of emotions and still have some of the funniest lines of the movie.
While we’re on the subject of comedy, I’d like to talk about my one gripe with this movie.
It’s just not as funny as the first one. Now if you haven’t seen the first “It” and you’re wondering what I’m talking about, here’s the short and sweet of what made the first movie so great.
Between moments of pretty intense jump scares and disturbing scenes, the first “It” was able to bring a lot of levity to the story with some gut-busting one liners that came from the kids.
I think this is part of what made audiences really enjoy the first movie. It was different from any other horror movie I had ever seen, and I really appreciated that. “It: Chapter 2’s” humor is there, it’s just not as prevalent as in the first movie.
If I had to nitpick one other thing, it’s that some of the scares in “It: Chapter 2” seemed a bit more goofy than anything.
These were few and far between, but there were some scenes that I just don’t think gave the reaction that the filmmakers were going for.
But this is such a minor thing that I don’t think it takes away from the overall quality of the movie as a whole.
It’s more like a wrinkle that should have gotten ironed out but didn’t.
It seems fitting that I talked about this movie, as my first movie review I ever did for The Knight was for its 2017 predecessor, which I loved.
“It: Chapter 2” brings back a lot of the charm that made the first movie so great and offers some pretty decent scares that any fan of the original movie would love. I’d say go see it before it leaves theaters.