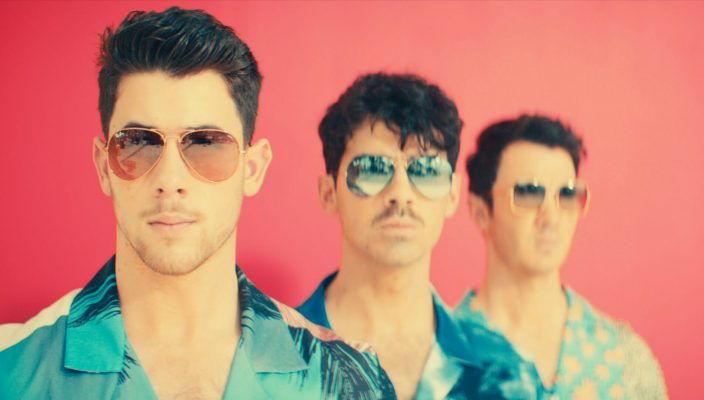 The Jonas Brothers are back and better than ever. Recently, my sister and I had the privilege of seeing them play at PPG Paints Arena in Pittsburgh.
The crowd was an interesting mix of longtime fans in their 20s, new fans in their teens and indifferent boyfriends who were just along for the ride.
I have to assume that the guy beside me was pretty annoyed that I was screaming the lyrics of every song into his ear the entire night, but I really don’t care.
When you’ve been waiting as long as I have to see the Jonas Brothers in person, you don’t just hum the songs.
The song selection was top-notch. On the car ride down, we were trying to decide which songs they would start and end on, and even though both of us were wrong, the band did not disappoint.
Throughout the show, the Jonas Brothers slipped in some of their classics like “Year 3000,” “SOS” and “Burnin’ Up” in between their more recent hits like “Sucker,” “Cool” and “Rollercoaster.”
Just when I thought that there were a couple older songs that they left out and could have included in the show, they moved right into a medley that dropped a nostalgia bomb on my head so hard I almost passed out.
This was easily one of the most hyped concerts I have ever been to.
Other than the aforementioned indifferent guy beside me, the entire arena was exploding with energy, and we all got to rock out to an equal mix of new and old songs.
Even more powerful than seeing the band in person and having them sing all their hits was the feeling of singing the songs that I know by heart with a crowd of thousands of people who similarly have memorized the songs.
It also didn’t hurt that we had pretty good seats (thanks Mom and Dad) and seemed to be right in the middle of the action.
While the majority of the show was performed on the main stage, every now and again the band would make their way through the crowd to a seemingly levitating rotated stage where even the people in the far back of the arena could see them clearly.
One interesting revelation that came from seeing the Jonas Brothers concert was how my spot for favorite brother was being challenged.
Growing up my favorite was always either Joe or Nick, but never Kevin. No one liked Kevin. He kind of was just there.
Eventually, I decided on Nick, as I liked his solo music better and his part in “Jumanji” was absolutely hilarious.
But after seeing them in concert, Kevin is moving up in the ranks. Although he was never the front man on any songs, you could just tell from the way that he hyped up his brothers and carried himself on the stage that he was really sure of himself, and he was able to get the crowd to respond to him in a way that the other two couldn’t.
Overall, I think that the Jonas Brothers put on a fantastic show.
There was something in there for every kind of Jonas Brothers fan, and I look forward to seeing what they do in the future. It’s no wonder that they continue to pull in entire stadiums with their music and stage presence.
There is no other group out there right now that can do what they do the way they do it.
You can really see that they’ve got the music in their souls.