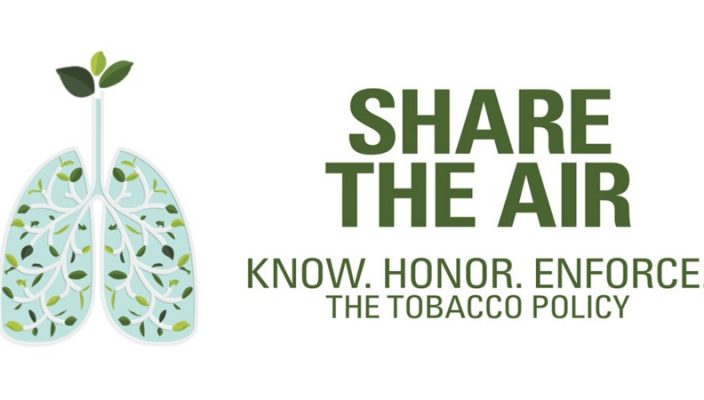 A revision of Gannon University’s tobacco policy went into effect Aug. 1 to support efforts to transition to a tobacco-free campus as part of the university’s commitment to fostering a healthy learning, living and working environment for all members of the community.
Gannon received an $8,000 Tobacco-Free Generation Campus Initiative (TFGCI) grant from the American Cancer Society in April 2018; the maximum amount for a small-sized school through the initiative.
This grant helped to determine the community’s readiness to become a tobacco-free campus and provide assistance through resources such as trainings and webinars.
According to a statement posted on Gannon’s website, it is one of 97 colleges and universities across the nation that was awarded an American Cancer Society grant to adopt smoke- and tobacco-free campus policies as part of the TFGCI.
The initiative is funded by the CVS Health Foundation and was established to deliver the first tobacco-free generation by accelerating and expanding the number of campuses across the country that prohibit smoking and tobacco use.
After receiving the grant, Gannon collected feedback from more than 2,000 students, faculty and staff who shared their thoughts on the university’s tobacco policy and how it could be improved.
This input guided Gannon’s Tobacco-Free Campus Task Force in the development of the revised policy.
The revised policy includes a statement of commitment that states: “Gannon University is committed to nurturing a culture of health and wellness on campus. The hazards of tobacco are well documented among tobacco users and those exposed to secondhand smoke. Promotion of a tobacco-free lifestyle is an important step in promoting and optimizing the health status of our greatest resource – our students, faculty, staff and neighbors. For this reason, the university is committed to transitioning to a tobacco-free campus.”
Other updates include broadening the definition of tobacco and tobacco-like substances such as e-cigarettes, and prohibiting tobacco use for all Gannon students, faculty, staff, contractors and visitors on university owned, operated and leased property, unless the individual is within one of the designated tobacco areas identified on campus.
Some of the designated tobacco areas include the parking lot alcove at the at the Center for Communication and the Arts (CCA), McConnell Family Stadium and Kenilworth apartments.
A map and full list of the 11 locations can be found under the University Wellness tab under Share the Air on my.gannon.edu.
Abigail Ritchie, a graduate assistant in the Center for Communication and the Arts, said that she doesn’t know much about the revisions that were made to the policy.
“I only know that the parking lot outside the CCA is one of the designated areas because I regularly walk past it on my way to class,” Ritchie said.
“I also have friends that smoke, so we are definitely going to have to familiarize ourselves with where smoking is allowed on campus and where it isn’t allowed.”
Additionally, the policy outlines several services to assist tobacco-users during the transition to becoming tobacco-free, including the designated tobacco areas, cessation programs, referrals and resources that are free and readily available to Gannon community members.
Medina Klino, a junior accounting major, said that she has heard about the revisions to the policy and how it now limits where students, faculty and staff can smoke.
Klino said she isn’t a smoker; however, she said she thinks they expanded beyond cigarettes to include vaping and other forms of smoking “because it’s popular now to vape.”
She said she loves that Gannon has made these changes for the campus.
“I think it is a good idea because overall, we would be a healthier community,” Klino said.
“For me personally, I have the option to stay away from the designated areas to avoid secondhand smoke.”
As one of seven colleges or universities in Pennsylvania to have received the grant and its vital resources, Gannon recognized it has a responsibility and the opportunity to maximize these resources for the benefit of the neighboring Erie community.
The university has also collaborated with Erie County as it continues to assist in the county’s current study that is underway to assess transitioning public parks.
Students, faculty and staff can visit my.gannon.edu/share for more information and can contact University Wellness with any questions regarding the policy.