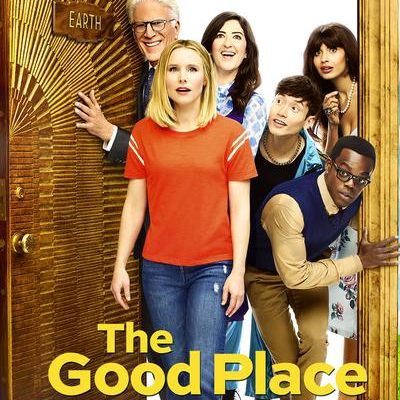 Netflix released season three of “The Good Place” on Aug. 27.
This was good timing as summer ends and viewers feel they need another show to binge as the cold months start to approach. However, this season felt more like a waste of a binge day.
The series continues to follow the original four main characters, Eleanor Shellstrop (Kristen Bell), Chidi Anagonye (William Jackosn Harper), Tahani Al-Jamil (Jameela Jamil) and Jason Mendoza (Manny Jacinto), as they once again have their memories erased.
For those who have never watched the series, they have had their memories erased several times.
However, this time around they are given the chance to become better people and potentially earn their way into The Good Place.
During their unknown quest to become good people, Michael (Ted Danson) appears in their life throwing them shortcuts to keep them on the right path.
Although Michael has vowed to help them, it would have been nice to see what would actually become of the four if they continued their lives as is.
Unlike the first two seasons, season three takes place in the real world more than The Good Place and other universes that have been introduced.
This is a nice change of scenery as The Good Place was quickly lacking appeal to viewers.
As nice as a street full of frozen yogurt stores is, after a while they get annoying to look at.
Once they realize what is really going on, they vow to also try to help their loved ones find the right path to The Good Place.
For Eleanor, this was her mother, who abandoned her at a young age. This was a welcome change to see the character attempt to show real emotion.
However, this ended quickly when her predictions of her mother came true.
In one episode, Tahani and Jason travel to see Jason’s father, Donkey Doug.
It is clear writers tried to give a look into Jason’s past, but this felt like a wasted episode.
What could have been a meaningful father-son moment turned into an episode of brain cell-killing sexist “jokes.”
The real drama that kept viewers on their seats is the on and off romance between Eleanor and Chidi.
In the first season, the two were introduced to each other as soulmates. Although this was later proven to not be true, a real romance was later revealed. When the four return to their original lives, they have no memories of each other.
In the real world, Chidi meets and falls for Simone, an Australian neuroscientist.
This causes tension between Elenaor and Chidi when they finally reunite.
Throughout the whole season, Michael and the gang are trying to prove to the Judge, played expertly by “Saturday Night Live” alumna Maya Rudolph, that they deserve to be in the Good Place and help others find their way there.
As hopeful as this sounds, it is obvious that the series will end this way.
It is rare that a series ends on an unhappy note, but the writers of The Good Place have time to not only write this ending but hopefully get the show back on track.
Season four will air Sept. 26 on NBC.