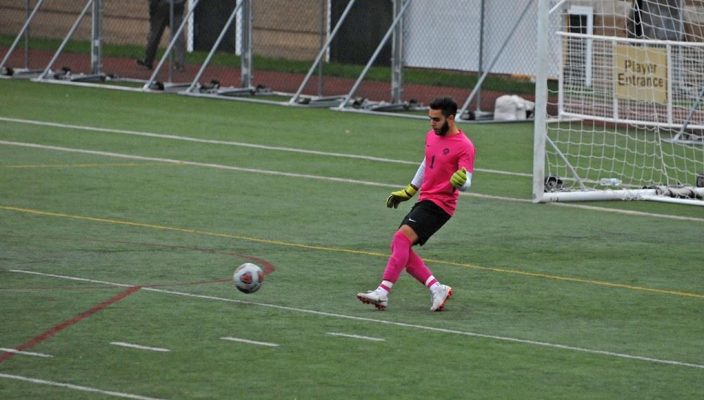 Gannon University’s men’s and women’s soccer teams, both of which are coming off winning seasons, will open their seasons Thursday against Notre Dame College.
The men’s team, which compiled a 10-6-1 record in 2018, will play host to Notre Dame in a 3 p.m. nonconference match at McConnell Family Stadium.
The women’s team, which finished 9-6-2 last season, travels to South Euclid, Ohio, for a 4 p.m. match.
The men welcome a new coach, as Billy Colton will be taking over for the Knights. Colton previously served as an assistant under coach Dale White for four years.
“I am really looking forward to taking on this new role,” Colton said.
“I would like to thank Gannon University and Director of Athletics Lisa Goddard McGuirk for this privilege and opportunity, as well as Dale White, who allowed me to learn under his guidance for the past four years as an assistant.”
Colton started off in Erie as a standout soccer player at Mercyhurst University from 2007-11. He was a four-year starter and earned first-team all-conference accolades every year.
Colton sits in second on the all-time goals scorers list at Mercyhurst, with 55 in 66 starts.
The men’s team will be coming off a season in which it reached the conference tournament for the third year in a row.
Gannon was picked to finish second in the Pennsylvania State Athletic Conference West preseason coaches poll.
The men lost leading goal scorer Sam Thornton to a transfer this offseason. Thornton transferred to NCAA Division I Marquette following the 2018 season.
Alex Lee Yaw is the leading returning goal scorer for the Knights, tallying six goals in just nine games played. Gannon will be bringing in 16 freshmen to begin the 2019 season.
The women will see just about every contributor from last year’s team return. Gannon will be bringing back 164 of a possible 170 starts from field players in the 2018 season.
Taylor Lewis led the Knights in scoring with 10 goals last year and earned her third consecutive all-region honor. Lewis was joined on the All-PSAC team by Megan McCartney.
Lewis is one of 12 seniors on this year’s upperclassmen-loaded team, while McCartney is one of nine juniors.
The women were also chosen to finish second in the PSAC West preseason coaches poll. They received three of the nine possible first-place votes, while Seton Hill received the other six.
Gannon will be bringing in 13 freshmen this year to go along with the 21 returning upperclassmen.
Following Thursday’s matchup with Notre Dame, the men will travel to take on Urbana at 3 p.m. Saturday.
The women’s team will open its home schedule at 3 p.m. Wednesday, Sept. 11, against Pitt-Johnstown. The men will host Daemen the same day at 6 p.m.
MICHAEL MARSICO
marsico001@knights.gannon.edu