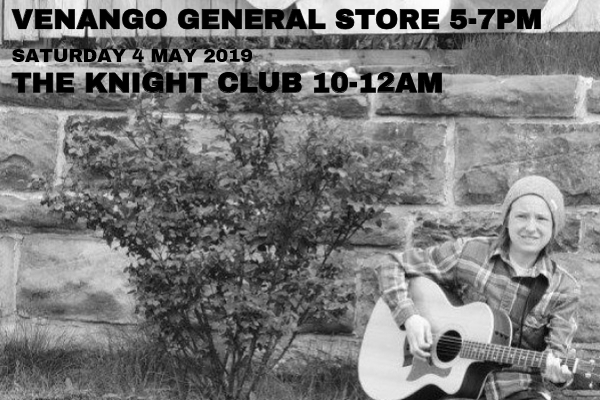 Growing up in a household with a dad as a musician, Leeanna Golembiewski was bound to fall in love with playing music.
“There was always music playing in the house,” Golembiewski said.
Now an adjunct lecturer in the psychology program at Gannon, Golembiewski hasn’t given up on her love to perform.
Whether it’s at the McKean Tavern, The Colony or even The Knight Club, you can be sure to find her with her guitar, doing acoustic covers of songs.
For as long as she can remember, Golembiewski has always had an interest in music, experimenting with different instruments as she grew up – playing instruments like the trombone in middle school.
As Golembiewski grew older and transitioned into high school and college, she wanted to keep her love for music going on her own, which led her to the guitar.
She can now play trombone, drums, some piano, the cajon and of course, her go-to, the guitar.
Golembiewski has been influenced by many of her favorite musicians, including John Mayer, Jason Mraz, the Dave Matthews Band, James Taylor, Adele, Jack Johnson and many more.
“I like a lot of the stuff I play,” Golembiewski said.
She specializes in pop and rock, as well as some country and R&B, but also likes to put her own twist on mainstream songs.
“I also do mashups of things – I really like doing those,” Golembiewski said.
Golembiewski said sometimes when she’s listening to songs in the car she tries to sing over the song with another one that she thinks matches the chord progressions and tempo, making it into a mash-up.
When Golembiewski is out doing a performance, it’s just her and her loop pedal, allowing her to strip a song down to its basic elements.
As for her start as a teacher, Golembiewski said her parents were both professors.
She has held jobs in landscaping, a motel, waitressing and doing research as a graduate student among other positions that led her to her job at Gannon.
As for teaching psychology, Golembiewski said, “I honestly couldn’t see myself anywhere else.”
Golembiewski loves psychology because she likes learning how people communicate and interact.
“I think it’s really critical at a time like this,” Golembiewski said.
“It’s always changing and questioning. In psychology there are a lot of grey areas – I like the hot button issues.”
Golembiewski also said she likes how applicable psychology is when teaching her students.
She is planning on going back to school in the fall at Old Dominion Univeristy in Virginia, to get her doctorate in psychology so she can become a full-time professor.
“Gannon helped solidify that,” Golembiewski said.
“I’ve been so grateful to be at Gannon and that they gave me this opportunity.”
Chloe Forbes
forbes004@knights.gannon.edu