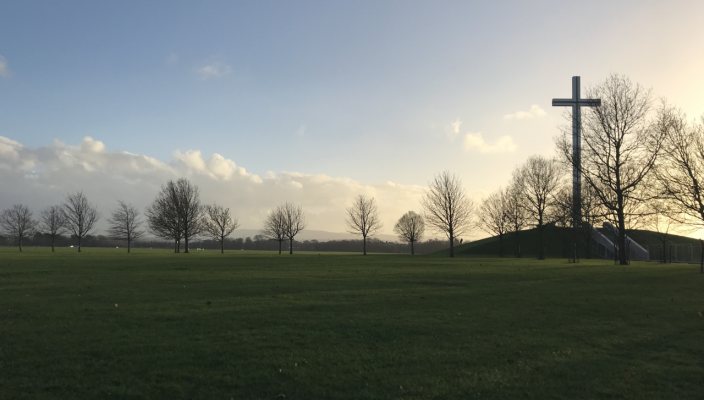 As a Gannon University student, I was able to take a trip to Mary Immaculate College in Limerick, Ireland, for spring break this year.
There I was able to meet Emerald Kenny, a media and communications with music major, and we decided to do this story on the differences between college in Ireland and America.
I will be telling you my experience from the American point of view, and Kenny will discuss how the third level experience in Ireland compares with that experience in America.
Kenny was able to experience what college life was like on the other side of the pond last year for the spring semester in Syracuse, N.Y.
There, she attended LeMoyne College, a small Jesuit school.
She mentioned some obvious superficial differences. For example, Mary Immaculate students aren’t permitted to throw up their caps when they graduate, and they’re able to drink “legally” a full three years before most U.S. students can.
Kenny described LeMoyne as small enough not to feel overwhelming but certainly peppy enough to feel American.
While I discuss my point of view, Kenny is going to fill you in on her overall experience she had in the U.S. and how it compares to her college experience in Ireland.

Finance
Emerald: Financially, I found that it cost a lot more for accommodation and living expenses in the U.S.
The cost of one semester’s accommodation in the U.S. was just hitting under my average price of two semesters accommodation in Ireland.
Never mind that you are already up to your ears in student loans for fees to attend the college, but your on-campus accommodation costs that much as well.
The fact that your tax is not added before the checkout in your grocery stores or the mandatory tipping in restaurants was annoying.
Our quality of food is a lot better, in my opinion, and it costs a lot less to eat healthily in Ireland.
Chloe: Going to Ireland, I did find that students do not pay as much compared to the U.S.
It goes without saying that student loans and debt have become something of a joke to us, but when you look at the differences, it truly is astonishing.
Personally, I had to make the decision to commute instead of live on campus this semester due to the savings I get by doing so.
I can definitely second Emerald in saying that you get more for your money in Ireland.
Think of a hotel breakfast; here it would be some cereal, yogurt, a waffle maker and maybe some of those scrambled eggs that are supposedly “real.”
In Ireland, you basically get the Whole Foods Co-op spread, with fresh everything – meats, cheeses, eggs made-to-order, fruit smoothies, potatoes, croissants and really anything you could think of.
It all tastes amazing and makes you feel really great and energized afterward.

Living on Campus
Emerald: One thing I think that America does better for international students is the way it integrates the international students with the general student population.
I was placed in a townhouse with five other Le Moyne students.
Becoming friends with them and getting to know other students that way was the best way to merge into the population.
I really felt like a ‘Phin’ by the end of my time there.
I am still in contact with my ex-housemates and other friends I made from classes (hurrah, the internet).
When chatting with international students attending my college, they often find it hard to make many Irish friends as they only lived in accommodation with other internationals.
There is a lot more cultural diversity in American universities.
You guys are the melting pot in the world, if there is one.
I have never felt extreme racism from home (I am half-white, half-Vietnamese).
There is always that question if I am ‘really’ Irish because of my ethnicity.
It was great to be in a place where one could meet various people from different backgrounds.
There is not that much cultural diversity in Ireland generally, so it was a breath of fresh air to meet others who were also half-Asian.
The facilities at Le Moyne were a lot better than my home university.Not only the facilities, but also the way that the students, lecturers and administrators approached the ‘college lifestyle’ was a lot more encouraging than Mary Immaculate.
Not just that, they had an active participation in their radio station and their newspaper, but the college in general had a real sense of school spirit.
Mary Immaculate is a great place to get a third level education, but it is very self-focused.
You do get a feeling, especially as a B.A. student, that you are there for yourself.
The societies in my college are few and far in between.
The largest is MIDAS – the musical society. There is also an international society, Harry Potter society, Gaelic society, Irish traditional music society, etc.
Our student radio station, Wired FM, is a great place to get to know people who are also interested in media.
We also have a very successful hurling team (it’s an Irish sport similar to hockey) and Gaelic football team.
We do have a sense of community, but Le Moyne’s felt a lot stronger.
Maybe it’s the American positivity in comparison to the Irish.
Chloe: Coming from a college in America, it seemed peculiar to me that the Irish students didn’t have much in the way of activities or organizations.
At Gannon, that’s how you get to meet people with similar interests and majors as you.
In Ireland, there is this feeling that you have to find your own friends and there aren’t many events to facilitate that.
In true Irish tradition, social interaction happens by conversation in pubs.
Everything in Ireland closes around 6 p.m. or 7 p.m. except for the pubs, and since the students there are all legal drinking age (18 years old), they can go to the pubs and converse with one another to establish a bond.
Otherwise, it is very education-based.
You are there to get your degree and that’s about it.
Like Emerald mentioned, the only organizations are based mostly on Irish traditions such as the sports they play, the language they speak, etc.
I think that since America is so diverse, there need to be enough organizations to correspond with the amount of different interests and groups within the Gannon community.

Academics
Emerald: I had to take a minimum of four classes to match the credits I had for my course in Mary Immaculate.
I am majoring in media and communications with music, so primarily my classes were focused on media.
I found that the assessments were a lot more frequent, but overall the difficulty was not too great.
Because Le Moyne was a small college like Mary Immaculate, I really got to know other students taking my classes. Exams were a lot less stressful and were usually held in the classroom during the allotted class time.
Our exams here are a lot more official and are held like state examinations – in a large hall with many administrators walking back and forth in between the rows.
I really wish that we were able to adopt the system used in Le Moyne for our finals because the one in Mary Immaculate really causes a lot of pressure and anxiety on top of an already stressful time.
Chloe: One thing I noticed is that Ireland, like many schools abroad, goes off a different class schedule.
Instead of having a class for 50 minutes on Monday, Wednesday and Friday, they have each class about one day of the week for around two hours.
Their assessments are less test-based and more geared toward participation and assignments.

Experience
Emerald: I think that getting to experience the college experience in America was fantastic.
I would advise everyone to try to study abroad during their undergraduate degree.
Chloe: Experiencing Irish college life was definitely something I enjoyed, and it was a great experience for those students who may not be able to study abroad for a full semester.
No matter the capacity in which you may travel, I do believe that every student should take the experiences Gannon offers to go to a new place and experience different cultures, especially at this crucial time in learning who we are as people and our place in the world.