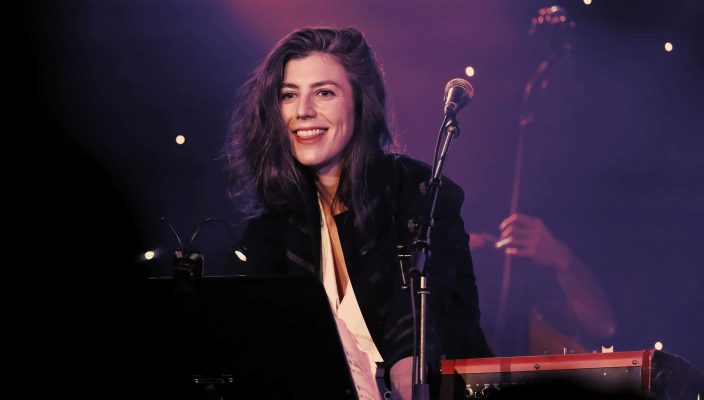 Collins: Favorite records from my time at Gannon

Since there are only two more issues of the newspaper and since I will sadly be graduating in May, I wanted to do something special for this week and for the last issue.
This week, as you can see by the title, I wanted to look back at my favorite records that were released during my time at Gannon University.
I left out records released during the summer of 2015, the summer before my freshman year, since I technically hadn’t started yet.
So, I unfortunately had to leave out “To Pimp A Butterfly” by Kendrick Lamar since it came out at the end of my high school career. But if it were here, it would easily be at the No. 1 spot.
With that in mind, let’s get on with my top 10:
10. “Second Language” – XXX: This album was released on Feb. 15, 2019. Everyone should know how much I adore this record since I recently reviewed it. But in summary, “Second Language” is an awe-inspiring, genre-changing and bouncy abstract hip-hop record from Korea. Check it out if you haven’t done so yet.
9. “Ordinary Corrupt Human Love” – Deafheaven: I have always tried to get into black metal, but it’s always a miss, more than a hit. However, this discovery has introduced me to the beauty and simplicity of blackgaze, a.k.a black/death metal and shoegaze. Released on July 13, 2018, “Ordinary Corrupt Human Love” is such a soul-crushing, yet gorgeous representation of the human relationship.
8. “Noonday Dream” – Ben Howard: A British musician discussing isolation in a desolate, yet alternative country way brings me to this oddly oasis mindset. Released on June 1, 2018, Howard creates such a simple charm with these winding indie folk records that keeps me coming back for consecutive listens.
7. “Vicious Pleasure” – Endless Heights: Released on Feb. 16, 2018, this post-hardcore and post-grunge record has so much charm and heaviness that I keep coming back for more. The way that this record hits my soul is something that might be unmatched from the rest of the records here.
6. “Honeybloom” – Choker: There was something about this record that I absolutely love. Maybe it’s the boyish, tongue-in-cheek and playful way this record sounds. Maybe it’s the experimentation and outspoken instrumentation that keeps me coming back. Released on Aug. 3, 2018, it has changed my outspoken ideas on the experimental R&B scene and I can’t wait to see what he does next.
5. “Applause of a Distant Crowd” – VOLA: Changing up their sound from the previous record, “Inmazes,” by going for a more pop-centered metal sound, it’s a stunning set of tracks from front to back. Each performance has me in awe and I seriously look forward to what this band will be doing into the future.
4. “Turn Out the Lights” – Julien Baker: My record of the year in 2017; released on Oct. 27, 2017, this slowcore record continues to rattle me down to the bone for each listen. The simplistic yet beautiful ballads bring up so many topics of inward self-examination that I continually go back to this record to look inward on my own self and how I approach life. There is a reason why this record was the album of the year for me in 2017. It’s a chilling and heartbreaking record that hits me and other listeners right in the heart.
3. “Crumbling” – Mid-Air Thief: Ugh…I adore this electrofolk record from front to back. This Korean band released the project on July 31, 2018, and every minute of this record makes my jaw drop more and more. The elements and sounds that the group incorporates is something that I hope more electrofolk musicians add into the future because this is a genre-pushing record hands down.
2. “Time Will Die and Love Will Bury It” – Rolo Tomassi: My record of the year this past year, 2018. Released on March 2, 2018, this mathcore and metalcore, and alternative metal record has such a perfect approach that there is almost nothing wrong with it.
From the performances, to the organization, to the lyrical content, this is a A+ record no matter what area you approach it from. The band tackles the modern issue of loving and what it means to love in every aspect of the word. You must check this out if you have not done so already…it will change your world and your approach to life.
1. “Have You in My Wilderness” – Julia Holter: Now for my No. 1 record that has been released during my time at Gannon. “Have You in My Wilderness,” released on Sept. 25, 2015, has changed my ideas and musical understanding of pop music.
Before this record I hadn’t listened to pop music since I was a little kid in middle school. This chamber and indie pop record is such a blissful, fluffy and abstract record that there is nothing that has stopped me from turning it on for the last three years.
There are no pop records that even come close to this record and it’s for good reason. Please, please, please do yourself a favor and try this record out because you will not be disappointed.

« Boost your intellectual wellness by learning new cultures ‘Shazam!’ breaks mold on what a DC movie can be »