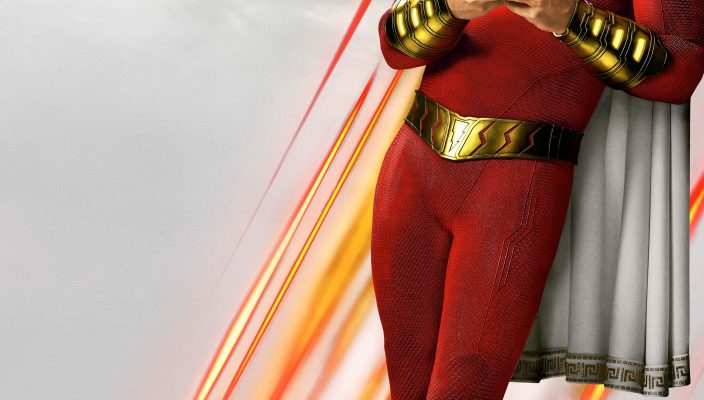 ‘Shazam!’ breaks mold on what a DC movie can be

Friday saw the release of the latest and greatest movie to come from a DC Comics property since “The Dark Knight.”
“Shazam!” tells the story of Billy Batson (Asher Angel), a foster child who finds a new family in Philadelphia.
Here he meets Freddy (Jack Dylan Grazer), a fellow foster child who has a particular fondness for the superheroes that exist in their universe, namely Superman and Batman.
Through a long series of events, Batson is chosen to become the next Shazam, a mystical champion whose prime objective is to protect the world from the physical incarnations of the Seven Deadly Sins.
Anytime Batson says “Shazam!” he is transformed into the titular character played by Zachary Levi.
With his newfound powers and help from Freddy, Batson must defeat Dr. Sivana (Mark Strong), who wants to take the powers of Shazam for himself.
I went into this movie with pretty high expectations.
I had seen the trailer a bunch of times, and thought it looked pretty good, and certainly much better than anything the DC has been putting out in recent years.
On the surface, “Shazam!” seems like a straightforward action film, but there is a surprising amount of depth that is able to be conveyed when a story is told in the manner that “Shazam!” is.
If you look a little deeper into the story, Dr. Sivana’s and Batson’s origins are very similar, but there is one key difference. Sivana was told as a boy that he would never be worthy to carry the mantle of Shazam, and in a self-fulfilling prophecy, he lives up to that statement and becomes the villain of the film.
Batson, on the other hand, is told that he is worthy and “pure of heart,” whether he thinks he is or not.
The parallels don’t stop there, however, and “Shazam!” tells a pretty touching story about what it means to be in a family, and how people’s words, especially from parent to child, are very important in how we grow up.
The main thing that the movie gets right is that it separates itself from the other movies in the DC Extended Universe, or the DCEU.
While there are references to the greater story that DC is trying to tell, “Shazam!” is for the most part a self-contained story.
While I definitely think that there is a time and a place for movies like “Avengers” and “Justice League,” I really enjoy when these major studios take time to tell smaller stories.
It’s why “Ant-Man” and its sequel did so well, and it’s why I liked “Shazam!” so much.
Performances were pretty great across the board. I am a sucker for anything with Strong in it, so when I heard that he was playing the villain, I got even more excited. I recently watched “Sherlock Holmes” with Robert Downey Jr., and he played the villain in that too.
Both performances were just great. My true admiration goes out to Levi, who was able to emulate the base performance given by Angel, but adapt it just enough to make it his own. I never doubted for a second that Levi’s character was just a 14-year-old kid in a man’s body.
As can be expected from a big budget superhero movie, the special effects are pretty good in “Shazam!”
At no point was I removed from the moment due to a bad special effect.
Luckily, to my knowledge, they didn’t have to digitally remove anyone’s mustache for this movie, and if they did I didn’t notice.
I would be remiss if I didn’t discuss the comedic aspects of “Shazam!”
There were plenty of times in the theater that I found myself laughing out loud, which is something that I don’t do often when I’m out at the movies.
The way the film is set up, it allows for a lot of self-referential humor, without breaking the fourth wall, a la “Deadpool.”
I would definitely call “Shazam!” an action comedy, a small subgenre that we haven’t seen a lot of in recent years.
Sure, there are action movies with comedic scenes in them — just about every Marvel Cinematic Universe movie has a couple humerous scenes in it — but other than “The Nice Guys” or maybe “Thor: Ragnarok” I can’t think of a strict action comedy that has come out recently and been even moderately successful.
Overall, I really enjoyed “Shazam!” I thought it was a really well-rounded and skillfully put together movie that I would totally see again.
If you watched the classic Tom Hanks movie “Big” and thought that it needed more superpowers and explosions, then “Shazam!” is the movie for you.