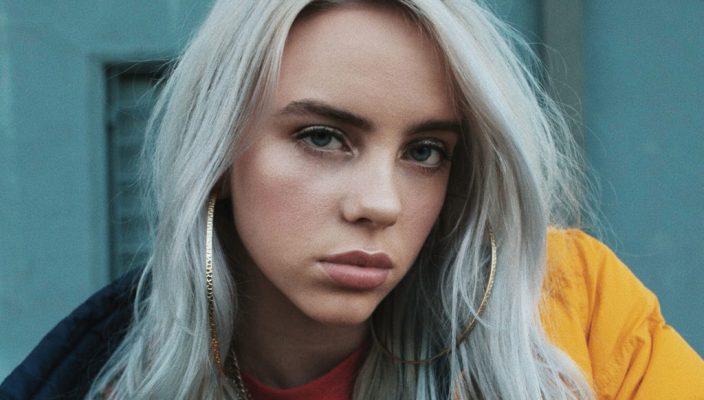 It should be no surprise to anyone that I listen to a lot of music and a lot of different genres of music.
One of my biggest questions and biggest argument toward my reviews is why do you have to be so against the “mainstream”? I would argue any person who reviews music or listens to a lot of music gets this question hurled at them at some point in a conversation.
After sitting and pondering for a few seconds I come back with the stupid, and not very surprising response of “I don’t hate ‘mainstream’ music; I just prefer music that has more creative and progressive outlooks on the genres they are using.”
For the most part this is true. When you listen to as much music as I do, mainstream trends and music all bleed together and the influences each artist has are so blatant and so corny that it leaves me with a headache and a want to move on to better stuff.
However, I also do enjoy artists in the mainstream who have this quality.
I have given several mainstream artists positive reviews (i.e. Foo Fighters, Beck, Twenty-One Pilots, Brockhampton, Denzel Curry, Kendrick Lamar, Radiohead), yet people still persecute me.
So, for the past three or four weeks I have been pawing over this question/idea and have waited for a record to drop where I could discuss my thoughts on the idea of “mainstream” music and why people assume I hate it.
“When We All Fall Asleep, Where Do We Go?” is the debut album from the overnight sensation Billie Eilish.
She quickly developed a massive fan base after her first set of singles in 2014, ‘15 and ‘16 on Soundcloud, and even more with her first EP in 2017, “don’t smile at me.”
My question is, what is she doing in the mainstream spotlight? She has a much different approach to pop music than any mainstream pop artist today.
Eilish grabs influences from bedroom pop, goth-rock, trap, grime, indie pop, darkwave and even slowcore. Other than trap, you don’t hear much of these genres in the mainstream, so what makes Eilish different?
Many of the beats on “When We All Fall Asleep, Where Do We Go?” are minimalist, dark and full of potent, heavy and hypnotizing beats, like on the tracks “bad guy,” “you should see me in a crown,” “xanny,” “all the good girls go to hell,” “bury a friend,” and “ilomilo.”
However, she also has a simplistic, jazzy and acoustic side to her on tracks like “wish you were gay,” “when the party’s over,” “8,” “listen before i go,” and “i love you.”
Every track has an interesting approach to pop music that, yes, has been done before, but keeps me coming back for more listens.
The evilish, sadistic and satisfactory vocals over the dark and edgy beats have my head swirled in a daze.
Then with the girlish charm she brings on tracks like “i love you” and “listen before i go,” she has a raw, uncanny and lovely voice over these very isolated ballads.
She also has a very realistic approach to music adding many distant sound snippets, rain drops, shoes on concrete and the flipping of pages, that adds even more rawness on each track.
Together, none of these beat, sound and vocal approaches to pop music add up to successful mainstream pop music. So, what makes her popular? What makes her have so many devoted fans?
In some ways, I think, it’s the same reason why Lorde is in the mainstream. She writes music, especially lyrics, that appeal to many girls growing up through their teens.
She talks about loving, heartbreak, lust, sexual urges and everyday problems young women run into.
However, she also talks about darker concepts like statutory rape, suicide, sexual harassment, and overdose…sadly still things that many young teens around the world deal with.
Growing up and going through life is hard, but for some people it is even harder to go through it and Eilish is one of the first female artists to appeal to these young women.
Lorde attracted so many fans because of the unique way she sings about being a young woman. Eilish does the same thing, but on an even more realistic scale.
On this record, Eilish wants her listeners to take an overall theme. To let her, the listeners need to know that these issues that you might run into are out there. Some of them are perfectly normal, but some of them you shouldn’t be afraid to speak up about, like she does.
In conclusion the debut record from Billie Eilish is an intriguing and potent listen from front to back.
She takes several risks to incorporate new ideas; some of them pan out and some fall flat on their face, but she did something different and that is something to nod to.
My biggest gripe is she needs to play more with her own strengths and keep a more cohesive record from front to back, but I’m happy to see her experiment.
So, I give this record a 4.3/5. I hope to see her make new and improved music into the future.
However, to conclude my other point, I enjoy the mainstream when the artist is doing something different and of note.
I wish we didn’t have these stupid terms for music: “mainstream” and “underground.” If the artist or band is doing something that is new, against the grain, or interesting, it is worth my time…no matter where it comes from.
Happy listening, Gannon University!