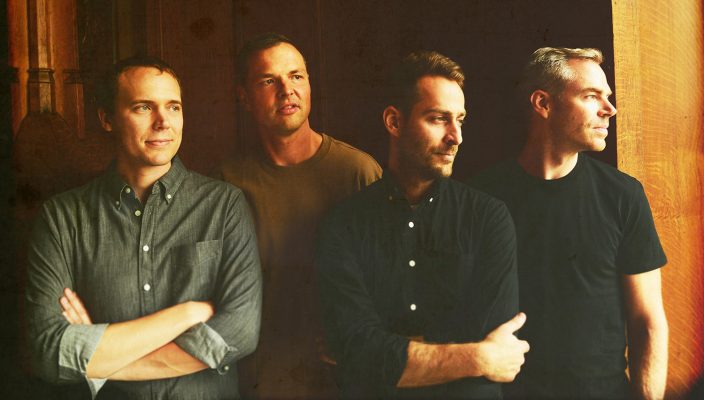 Let’s go back to a different time: It is 1999. Whitney Houston, Britney Spears, Christina Aguilera, Ricky Martin, Goo Goo Dolls and The Backstreet Boys are dominating the airwaves.
The grunge rock movement is starting to come to an end, with an influx of people wanting more pop and hip-hop centered sounds.
However, one scene that was slowly building through the ‘90s was emo rock. This was seeing huge success with the likes of Weezer and Jimmy Eat World breaking through into the main stream, but it also had a huge following in the underground.
One of the biggest names to come out of this scene was American Football, debuting with their self-titled record.
The record was not only a huge success, it pushed emo rock into new territories with the addition of indie rock and math rock.
This made the sound of emo rock subtler and easier on the ears, and it allowed the band to write complex and entangled emo ballads that hadn’t been heard yet.
Sadly, almost immediately after that the band broke up and hadn’t been heard from for 17 years, until they released their second self-titled record.
It was more of the same, which gave some fans a taste of what they really wanted, but left most people wondering what the point was.
Now we have the third self-titled record from American Football and it’s a sonic adventure that takes a new approach to what it means to be emo and is the true comeback record for the band.
During the band’s inception, emo had a much more hardcore sound, since it branched off post-hardcore, but they went for a more indie rock feel.
On this record, they change it up again going for a more post-rock, ambient and minimalist jazz feel for their already indie-emo feel.
From the opening track, “Silhouettes,” you are greeted with a bell chime, which builds gradually into an ensemble of more bells, xylophone chimes and a low synth chord.
Around the 90-second mark of this song, you are graciously introduced to the guitars and drums of the track.
The guitar has a beautiful plucking sound, with the jazz roll of the drum beats, which is only topped by the droning synth in the background that brings a feel of rolling fog.
Like the cover of the record, there is a sunset in the distance over a very gloomy and foggy winter morning that looks like it will slowly dissipate as the morning goes on; exactly like this record.
This is without a doubt emo, but in a new way. Each track still dives into similar topics, but in a very adult fashion.
The poetry that is used is beyond comparison, and it honestly makes sense since the main songwriter is Steve Lamos, an English professor at the University of Colorado. The specificity and intricate nature of the whole record is what keeps me coming back, from the clean and perfect production, to the soft, yet complex instrumentals, even the very nature of the guests the band brings to the record.
If there is anything to learn from this, it is that we might get older, but that doesn’t mean we can’t keep doing what we love. We sometimes need to find a new way to do it.
American Football will continue to be an underground-only band since most people might not understand their music, but they are a powerhouse when it comes to emo rock and they will, hopefully, continue to prove that as they continue making music.
So, I give the record a 4.9/5.
Happy listening, Gannon University!
ALLAN COLLINS
collins049@knights.gannon.edu