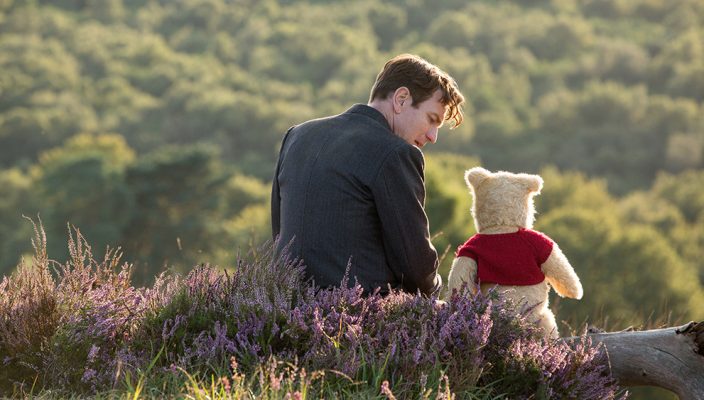 In the past few years, Disney has worked to take childhood classics from the cartoon world to the real world.
This has been done with “Cinderella,” “Beauty and the Beast” and “The Jungle Book” and soon Disney will release “The Lion King” and “Aladdin.”
In the late summer of 2018, Disney released a new take on the “Winnie the Pooh” series.
The film follows the life of Winnie the Pooh’s best pal, Christopher Robin (Ewan McGregor) and his life once he has left the Hundred Acre woods.
Thirty years later, after leaving the gang for boarding school, Christopher Robin has embraced his new adult life.
Robin is a World War II veteran, who now works as an efficiency expert for a luggage company and is married with a wife and daughter.
During this time he has not once thought about his childhood and soon forgets about all his old pals.
This was heartbreaking for older audiences who grew up watching Christopher Robin and his friendship with the Hundred Acre Woods crew blossom through many television shows and movies.
Robin soon finds himself having to pick between his family and his career.
When his wife and daughter leave for a weekend trip, Robin is suddenly visited by Winnie the Pooh.
He tells Robin that all his pals are missing and he needs Christopher Robin’s help in locating them.
Reluctant at first, Robin agrees to return to the woods and help Pooh find his friends.
While on the way, Robin starts to reconnect with his childhood self.
The animation of the Hundred Acre Wood characters was better than expected.
At times, it was questionable if they were cartoons or animatronic machines.
The most exciting aspect was the fact that Jim Cummings reprised his iconic role as Winnie the Pooh.
He also has voiced Tigger since the 1970s after the original voice actor got negative reviews from focus groups.
This news excited audiences and the suspense for the movie soon grew.
In a way this film is symbolic of the lives we live every day.
One day you are a child, and the next you grow up and abandon your beloved childhood.
It is almost unbelievable to see a childhood icon grow up, but “Christopher Robin” does it in a way it is comforting to see.
The movie recognizes it as a part of life.
Growing up, “Winnie the Pooh” was an essential part of my childhood, and having a new film about this beloved bear gave me a sense of childhood nostalgia.
With college being as stressful as it is, it is nice to look back and smile about old times.
Overall seeing “Christopher Robin” return to his roots is heartwarming for those afraid of change and growing old one day.