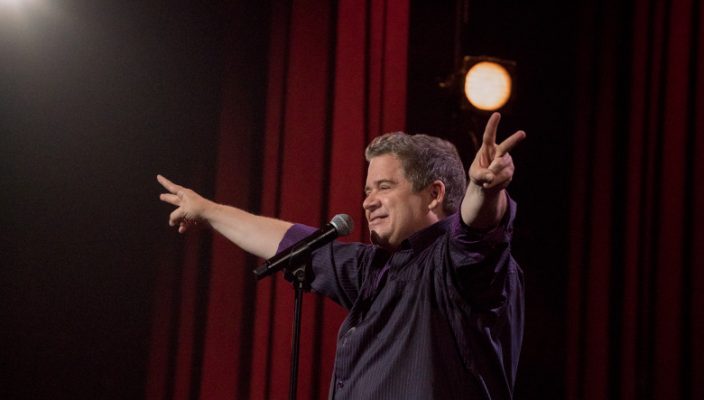 With last week’s plummeting temperatures and icy winds, students were given two days to stay home and cuddle up. While some used the time to catch up on assignments, others eagerly turned to their lengthy Netflix queues. I’ll refrain from placing myself in one camp or the other, but I will say that I indulged in a few specials.
Patton Oswalt and Daniel Sloss are two of my favorite comedians who currently have Netflix specials. Both dabble in darker humor, including material in their sets about deceased wives and disabled sisters, respectively.
Humor is personal, subjective and wrought with potential pitfalls. In fact, it seems almost unbelievable that such a purportedly touchy and tedious genre is ever able to appeal to a mass audience.
Strong, smart material is important in hooking an audience, but it’s the delivery that’s crucial. Few of the extended jokes that had me rolling during both specials would be funny if typed out on paper.
The ability of both Oswalt and Sloss to delve into traditionally sensitive topics made their specials really refreshing.
In “Annihilation,” when Oswalt talks about supporting his young daughter after the death of his wife, while also grieving himself, the material was real, raw, sad and funny.
Humor is not a one-size-fits-all coping mechanism, but for Oswalt, it seems like a positive way of confronting and grappling with loss.
As a viewer, it was a privilege to follow along with him on a condensed, emotional, punchline-laden journey.
Life is a constant mélange of humor and sadness. Tapping into this reality of the human experience can elevate comedy to new levels of relatability and memorability.
I highly recommend checking out the Stand-Up Comedy section on Netflix when you need a study break.
Interested in venturing away from your computer and catching some live comedy?
Head to The Knight Club at 9 p.m. Friday for Comedy Knight, hosted by the Rev. Shawn Clerkin.
The show will feature performances by Gannon students Armand Kassam, Gabe Fulgenzio, Nick Humes, Nick Sorensen and Brian Bowersox.