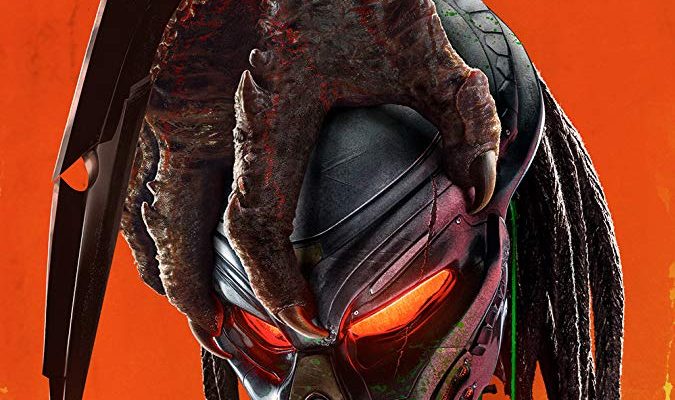 Director Shane Black’s latest entry into the “Predator” movie series, “The Predator,” is a quality addition to the franchise that builds upon the universe set up by its 1987 predecessor, “Predator,” starring Arnold Schwarzenegger.
The basic premise for “The Predator” is that the Predators as a species are taking the best evolutionary traits of every species in the galaxy and are using them to evolve themselves.
The final product is the ultimate Predator.
The story follows Quinn McKenna (Boyd Holbrook), an American soldier who comes across a normal Predator while on one of his missions.
Even though the Predator escapes, McKenna is able to snatch his helmet and one of his gauntlets, which he sends home to his son, Rory (Jacob Tremblay) for safekeeping.
McKenna finds out that the Predator is on a hunt to get his equipment back, and the movie becomes a race to save his son.
Unbenownst to McKenna, the predator that is after his son is being chased by an 11-foot, highly-evolved Predator.
The movie then takes a shift as McKenna and his group, a newly created squad of misfits, try to hunt down and kill the new Predator.
What “The Predator” lacks in a compelling story and standout performances, it makes up for in over-the-top action sequences that are just so much fun to watch.
People vs. Predators, old Predators vs. new Predators and people vs. what I can only describe as “dog Predators” are just a small smattering of what this movie has to offer.
Since we have been seeing what the Predators look like since the ‘80s, “The Predator” wastes no time in getting right to the action.
While the original took its time in revealing what the Predator looked like, “The Predator” just shows up and starts causing mayhem, and it is pretty awesome.
The effects of “The Predator” are a pretty mixed bag. The beginning of the movie starts out strong and uses a decent amount of practical effects.
It is obvious that many of the shots that include the normal predator are a man in a suit, under an impressive amount of prosthetics that hold up to an enormous amount of scrutiny.
Many practical explosions that look like they came straight from the original film grace the screen as well. As the film progresses, however, more and more CGI is needed to pull off the escalating stunts.
The CGI is pretty advanced, but it was obvious to me that I was not looking at something real by the end of the film.
This didn’t detract from the film as a whole but it was nice to see the effects that harkened back to the original toward the beginning, just to be switched out for the more modern approach.
That brings up another point about the effects. Throughout the movie, gratuitous amounts of CGI blood and guts are sprayed across the silver screen.
As a mindless moviegoer who enjoys nothing more than firefighters, explosions and aliens tearing everything in their path to shreds, I had absolutely no issue with all the violence.
However, I realize that what I just described does not entice everyone, and this movie is definitely not for the faint of heart.
I only have a small set of gripes with this “The Predator.”
My first is that there are more than a few moments of fan services in the form of call back lines from the first movie. But again, this is but a small nitpick. I do not really mind that much, but I can see where other people would roll their eyes.
The ending of the movie also feels a little rushed, just in the regard that the last scene was obviously meant to be a post credit scene, but ended up being in the actual movie for some reason.
I guess they did not think that people would wait until the end to see them; I don’t know. What I do know is that I was really hoping that an Alien from Alien vs. Predator wouldn’t pop out at some point, and it never did, a fact that I am truly happy about.
I wholeheartedly endorse “The Predator.” If you’re looking for an evening full of action and violence, this is the movie for you.