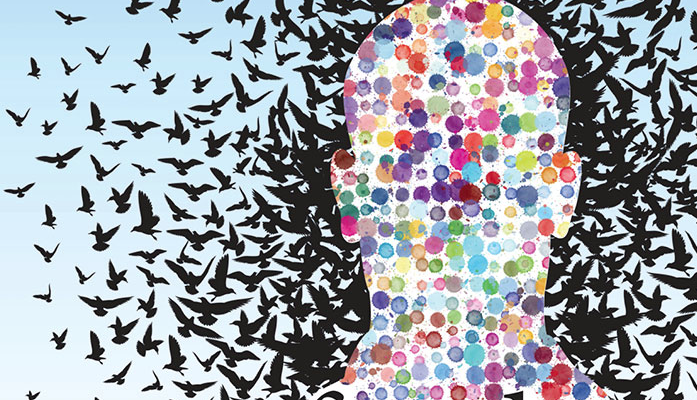 Gannon University’s College of Humanities, Education and Social Sciences (CHESS) is presenting a year-long series called the Freedom Series.
Each year, the dean’s office picks a theme and then holds events throughout the year that address the chosen theme.
Jeffrey Bloodworth, Ph.D., program director and professor in the history department, said that the events are intended to be relevant to students’ lives.
“These events are held in out-of-class venues,” Bloodworth said, “which add to the richness and depth to the Humanities at Gannon.”
The Freedom Series centers on the complex idea of freedom in an increasingly interconnected world. Freedom can be interpreted in a variety of contexts, from the global community to the individual level.
The first event in the Freedom Series will be held at 7 p.m. Tuesday in the Yehl Ballroom in the Waldron Campus Center. The event is called “The Path to Redrawing PA’s Districts.”
The event will talk about the solution to gerrymandering and efforts to draw fair and more representative congressional districts.
The discussion will be headed by David Thornburgh, the current president of the influential Committee of 70, which is dedicated to good governance, and Carol Kuniholm of Fair Districts Pa., which works toward fair redistricting in Pennsylvania.
Bloodworth said that Erie was split into two districts, drawn so the state legislature and congressional seats wouldn’t face competition from the other political party, also known as a hyperpartisan district.
The issue of redrawing Pennsylvania’s districts went all the way to the Supreme Court and it was ruled in favor of changing the district lines. The new district lines are being drawn up.
Bloodworth said that once the district lines are redrawn, it will make the commission more bipartisan and competitive.
The next event in the Freedom Series will be held from Sept. 25 through Oct. 22, titled “Freedom: A History of US Traveling Exhibition” that will be in the Nash Library.
This exhibition documents and illustrates critical figures and events while tracing the evolving concept of freedom from founding until 1968. Some of the more poignant descriptions of the meaning of freedom are found in the personal letters of Civil War soldiers, which speak to the pain and pride of fighting for national ideals.
In another event of the Freedom Series, Diane Nash, a leader in the student wing of the Civil Rights Movement, will come to campus on Oct. 3.
For “Diane Nash: A Voice for Civil Rights,” the School of Public Service and Global Affairs partnered with Student Government Association to bring Nash to campus.
At 7 p.m. in the Yehl Ballroom in the Waldron Campus Center, Nash will speak to students about civil rights.
As a co-founder of the Student Non-Violent Coordinating Committee, Nash was instrumental in the 1960 Nashville sit-in movement that helped spark the larger student protest movements of the 1960s.
This year’s Gannon READS event will feature Rob Shindler, the author of the book “Hot Dogs and Hamburgers” at 7 p.m. on Oct. 25 in Hammermill Center.
For the final event of the Freedom Series, students will have the opportunity to ask their own questions and discuss with faculty from different programs across campus in “Privacy and Freedom: A Balancing Act”. It will be held at 7 p.m. Nov. 15 in Room 124 of the Zurn Science Center.
Bloodworth said that the goal of having these year-long series is to discuss a topic that relates to students’ lives and create engaging discussions at these events outside of the classroom.