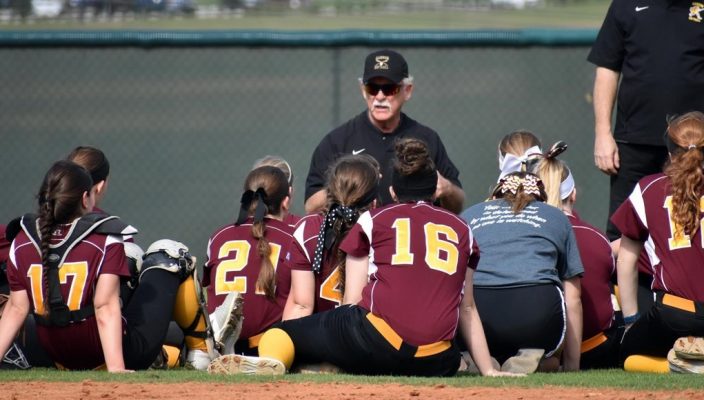 A historic season for the Gannon University softball team came to an end Thursday after the Knights fell, 8-2 and 8-3, to West Chester University of Pennsylvania in their first trip to the NCAA Division II Atlantic Super Regional.

West Chester now moves onto the NCAA Division II National Finals in Salem, Va. Tournament play begins next weekend. This will be the Rams’ second trip to the finals; the first time was in 2014.

The day after the Knights’ 2018 came to an end, coach Tom Jakubowski announced his retirement after 10 years with the university.

According to an article on gannonsports.com, the Knights will be returning 23 players next year, and Jakubowski believes whoever takes the reigns will have a great team to lead.

“Someone will inherit the best softball talent ever at Gannon,” Jakubowski said, “and I will be their biggest fan.”

Jakubowski plans to move to Florida where he can spend time with his family, which includes his wife, daughters and grandchildren.

Jakubowski said he doesn’t plan to leave the sport of softball and hopes to coach in Florida at some point.

“I’m not done coaching, hopefully I’ll be able to coach my grandkids or at a high school or college in Florida at some point,” he said.

Jakubowski leaves Gannon as third all-time in victories with 247 and winning percentage at .580.

Despite the loss in the Super Regional, Jakubowski led the Knights further than they had ever gone before. He piloted them to their first Pennsylvania State Athletic Conference (PSAC) title, second back-to-back PSAC Western Division regular-season title and their first appearance in the NCAA Division II Atlantic Super Regional.

Along with the team’s accolades, personally, Jakubowski received PSAC Coach of the Year honors this year and last year.

He won’t be the only one bidding farewell to the program as seniors Allie Salerno, Jackie Martinez and Kaitlyn Eckelberry ended their careers as Knights Thursday.

Martinez finished ninth in Gannon history in doubles with 30, fourth in triples with five, seventh in total bases with 244, seventh in walks with 51 and she is second in hits by pitch with 14.

Salerno finished 13th all-time at Gannon in assists with 180. Eckelberry finished her career with a near-perfect fielding percentage of .900 while only committing four errors in four years on the diamond for Gannon.

Sophomore Madi Beining toed the rubber for Gannon in game one of Thursday’s Super Regional and the 8-2 loss left her with a record of 15-7 and one save. She was crowned the PSAC Pitcher of the Year. Beining and Gannon graduate Olivia Gumbita were the only two pitchers to receive those honors during Jakubowski’s tenure with Gannon.

Rachel Tanilli led the offensive charge for the Knights in game one, bringing in both runs after driving a two-run home run over the left field fence. The sophomore outfielder totaled 30 RBIs with 46 hits and six home runs this season.

Tanilli had another strong game at the plate in game two despite the team’s 8-3 loss. She went 2 for 2 with a two-run home run and walk.

Morgan Nyman scored first for the Knights as they jumped out to a 1-0 edge after Sarah Ingerick drove her in with a double to right center.

Kennedy DeMatteis recorded the loss for Gannon from the stripe and struck out two. She also added one of Gannon’s six total hits. Stocker and Salerno also got on base.

Beining came in relief for half of an inning and struck out one.

This season marked the program’s sixth appearance at the NCAA Tournament and second while in the PSAC. This was also Jakubowski’s second time going to the tournament with the Knights.

Jakubowski said coaching at Gannon was a great experience and he loves what the university stands for.

“They gave me free reign to run my own program and recruit quality student-athletes,” he said.

Regardless of this season’s outcome, Jakubowski said he planned to retire, but he leaves on a high note as coach of the greatest team in the program’s history.

“It was a fantastic season, the best ever for the program,” he said. “I knew we were good and we had young talent. It was my first time as coach under .500 coming out of Florida at 5-6; however I knew we had talent and with the hard work the team put in they were able to have a great season. I think we ran out of gas at the end being on the road for three weeks.”

Jakubowski said he enjoyed his 10 years at Gannon and is proud of what the Knights accomplished on the field – and in the classroom.

“I will miss the team tremendously,” he said. “Its character and determination are incredible.”