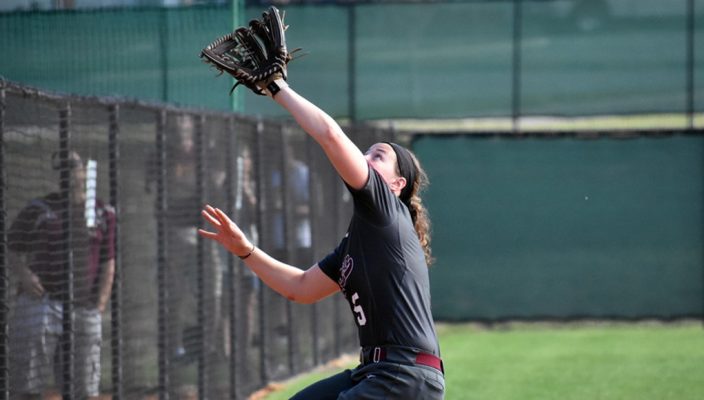 The Gannon University softball team stretched its win streak to 10 games Friday by sweeping a doubleheader against host Edinboro, but the Knights’ run came to a halt the next day when they split a pair of games across town with rival Mercyhurst.
The Knights won Friday’s first game, 12-3, and then whipped the Fighting Scots, 11-3, in a five-inning nightcap.
On Saturday, Gannon lost the first game of its doubleheader with Mercyhurst, 2-0, but bounced back with a 5-1 win in game two.
The 3-1 weekend left Gannon with a 19-10 overall record and a 9-3 mark in Pennsylvania State Athletic Conference action going into Saturday’s 1 p.m. doubleheader against California University of Pennsylvania at McConnell Family Stadium.
In Saturday’s first game, Mercyhurst scored the only runs of the game in the bottom of the first inning. The Knights left two runners on base in four of the next six innings.
Jackie Martinez and Taylor Wilp each had two hits for Gannon, which totaled five hits.
In game two, Kristina DeMatteis led Gannon with two RBIs, while Sarah Ingerick, Kaity Stocker and Autumn Smith had one apiece.
DeMatteis helped Gannon get out to a 1-0 lead in the second inning with an RBI fielder’s choice. In the fourth inning, DeMatteis doubled home Nicole Bush and Smith’s grounder to second scored DeMatteis.
With two outs on the fifth, Stocker scored Ingerick with a base hit, stretching Gannon’s lead to 4-0. Ingerick scored Smith in the sixth inning with a double, her sixth of the season, to give Gannon its final run.
Kennedy DeMatteis, who took the loss in game one despite limiting Mercyhurst to four hits over six innings, hurled a complete-game five-hitter for the win to improve to 7-6 on the season. She walked four and struck out three.
Ingerick’s third home run in three games proved to be the highlight of the Knights’ 12-3 win over Edinboro Friday. She finished with two hits and drove in five as Gannon outhit Edinboro 15-5.
Gannon trailed 1-0 after three innings before erupting for three runs in the fourth, two of which came on Ingerick’s double and another that scored on Kellyn Perich’s RBI single.
Rachel Tanilli sparked the Knights to a four-run fifth inning when she drove in Maria Taliani with a double. Kristina DeMatteis, Wilp and Martinez all recorded RBI hits to put Gannon up, 7-1.
Martinez kicked off a five-run seventh inning with an RBI double, scoring Wilp. Ingerick busted a three-run homer the next at-bat to put Gannon up 11-3.
During the second game against Edinboro, Tanilli and Martinez each scored three runs while Taliani drove in three.
Tanilli’s three hits led Gannon’s 12-hit attack while Martinez, Taliani, Kristina DeMatteis and Wilp each added two.
Gannon scored at least one run in each of the first four innings on the way to its win. Taliani contributed an RBI single in the first. In the second, Martinez doubled home a run and Kristina DeMatteis had an RBI single.
In the third, Taliani doubled home two runs and in the fourth, Tanilli contributed a two-run single.
The Knights’ pitching unit owns a conference-best 2.01 ERA going into Saturday’s doubleheader. Martinez is on a nine-game hit streak and she also has reached base safely in 10 consecutive games. Taliani has reached base in nine straight games.