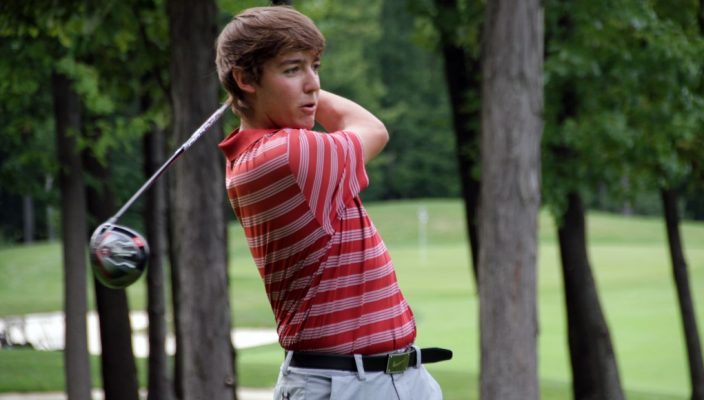 The Gannon University men’s golf team recorded its best effort ever at the BrownGolf Intercollegiate Invitational Friday and Saturday, tying for seventh place among 13 teams.
A total of 93 golfers competed at the two-day event, which concluded Saturday at the Foxfire Resort and Golf in Jackson Springs, N.C.
Friday kicked off the start of the spring schedule for the Knights, and they found themselves sitting in ninth place after the opening round with a team total of 330.
Eventual winner Wayne State set the pace on the first day of play, totaling 300.
Individual leaders after the opening round were Eoin Cunniffe of Charleston University and Nikolas Senkowski of Wayne State, both of whom carded 1-under-par 71s.
Gannon moved up two spots during Saturday’s final round to finish with a two-day total of 647 after a second-round score of 317.
That represented a 13-stroke improvement and was the Knights’ best performance in their three outings at the BrownGolf Invitational.
West Chester University also finished at 647.
Matt Barto paced Gannon with scores of 72 and 76 for a two-day total of 148 — 4-over-par. That was good for a tie for 13th place with Matt Cocorikis of Indiana University of Pennsylvania.
He was not disappointed with his outing — or the Knights’ effort as a whole.
“I am happy with the team’s start and I expect our next invitational to show improvement,” Barto said.
Barto was followed on the Gannon score sheet by Ethan Bennett at 72-77-149, Mark Majewski at 72-80-152, Billy Colbert at 72-84-156 and Jordan Henry at 72-87-159.
Bennett tied for 32nd, Colbert was tied for 48th, Majewski tied for 63rd and Henry came in 76th on the 6,712-yard par-72 course.
Senkowski ended up claiming medalist honors for the tournament with a two-day total of 142, four shots better than Jusin Westveer of Charleston and five ahead of teammate Grant Haefner.
The BrownGolf Invitational represents the first of five regular-season spring events for Gannon.
The Knights will return to action on Monday, April 9, at the Dr. Edwin B. Cottrell Invitational hosted by West Chester.
Last season the Knights finished eighth among 12 teams at the event.