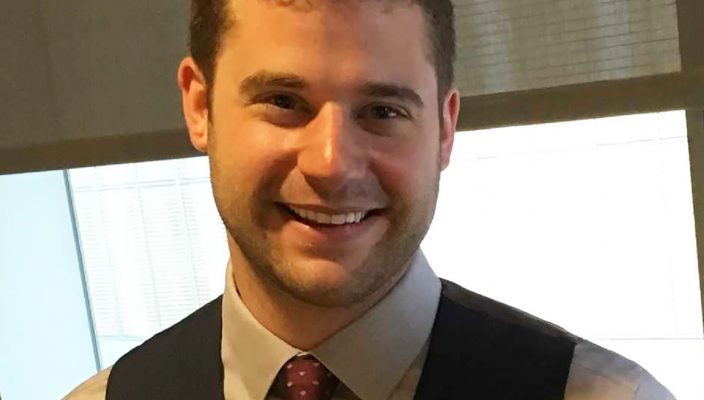 Getting a doctorate in the physical or life sciences is a bit of an unusual experience. It’s one I didn’t even consider until my junior year at Gannon University when I had an opportunity that led me down my current path of biomedical research.
In the spring of my sophomore year, I had seen an advertisement about a six-week nuclear chemistry program at Brookhaven National Laboratory on Long Island. I decided to apply (they paid you to work with radioactivity!) and received an offer to attend a couple of months later. While the opportunity seemed great theoretically, I was a bit nervous actually saying yes. My previous summers had been relatively comfortable. I had a chemistry internship at my hometown, hung out with friends and visited Erie every few weeks during the one nice season a year there.
Another lurking worry was being the dumb one of the group of 12 attending students. After all, some were at Ivy League schools, some from well-known public universities and some from tiny schools like myself. It ended up being the opportunity I needed to find my professional passion.
I immediately fell for both the subject matter and scientific research. This experience led me to firmly decide against staying local as an entry level chemist and instead pursue a doctorate in chemistry.
After applying to seven programs and visiting five campuses, I chose to head to New York on graduate school signing day, April 15. It’s a bit like National Signing Day, except the offers are near-poverty level stipends. The program I chose was a joint radiochemistry program offered by the City University of New York and Memorial Sloan Kettering Cancer Center. Much like the six-week Brookhaven program, this meant heading far away from friends, family and the only region of the country where I had lived.
Thankfully, I fell in love with both New York and radiological research. Success in graduate school requires near obsessive levels of dedication and working hours. Leisurely activities, general fitness and relationships are oftentimes the sacrifices graduate students make.
However, the other side of that coin is the truly amazing parts of research: making discoveries that may lead to new cancer treatments, industrial catalysts or “simply” a greater understanding of how biological/chemical processes occur. Also, scheduling freedom. You may need to work 80 hours a week collecting results, but you can come in when you choose.
After a bit under five years in New York, I had my thesis defense — New Radiolabeling Methods & Insights on Ionizing Radiation Interactions with Nanoparticles. An enthralling read, I promise. A month later, I packed up and drove across the country to begin work as a postdoctoral fellow at Stanford.
My career path began by saying “yes” to an opportunity where I had no road map. It meant leaving my support group and moving to a city of 8.5 million where I knew no one.
I failed a lot throughout graduate school, both personally and scientifically. I believe that to realize your potential means putting yourself in challenging situations where there is a very real risk of failure. If that means studying abroad, conducting summer research across the country or attempting stand-up comedy at some dingy club — do it.