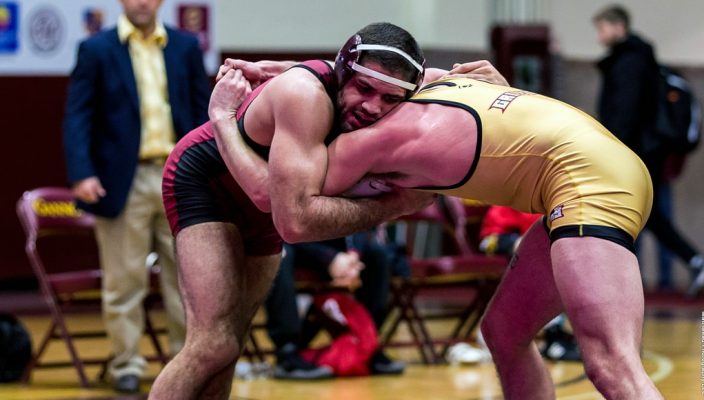 Three members of the Gannon University men’s wrestling team earned berths in the NCAA Division II National Championships with standout performances at the Super Region One meet, held Friday and Saturday in Johnstown.

Redshirt senior Nate Ross led the way by claiming Gannon’s first regional championship since 2012 when he went 4-0 in the 165-pound weight class.

Gannon’s last regional champions were Ethan Swope and Zach Zelcs, who both claimed titles in 2012.

Lewandowski, competing at 157 pounds, posted a 4-1 record in the tournament to finish third in his weight class. He’ll be making his second trip to the national championships.

McGuire finished second overall by going 3-1 at 149 pounds, as he lost 9-6 in the championship match to Taylor Misuna of Notre Dame Ohio, the region’s top-ranked wrestler who is also ranked No. 1 nationally.

McGuire will be competing at the national tournament for the first time while Ross and Lewandowski will be making the trip for the second time.

Thanks in part to the efforts of Ross, Lewandowski and McGuire, Gannon finished fourth among 15 contenders at the regional meet.

Other Gannon wrestlers competing in the regional meet at Johnstown included Jacob Dunlop at 125 pounds, Nick Costa at 184 pounds and heavyweight Nick Budd, all of whom finished fifth.

The top four finishers in each weight class moved on to the national championships.