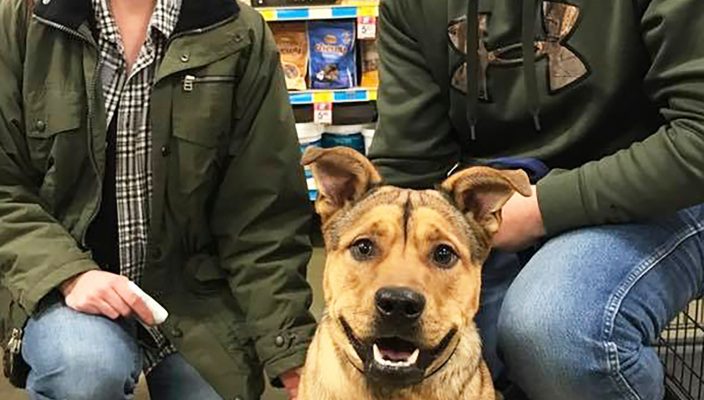 I never really had pets growing up.
My early interactions with dogs were limited to “Homeward Bound” and “Lady and the Tramp.”
“Homeward Bound” is one of the few live-action films about animals I can stomach, mostly because it is full of gimicky ‘90s humor.
So when my husband and I decided to revisit it after adopting a dog from the Onslow County Animal Shelter, we were literally taken aback.
Three animals are the main characters of the movie — Shadow, a golden retriever, Chance, a pitbull, and Sassy, a calico cat. Their humans drop them off with friends when the archetype evil stepdad goes away on business.
Confused, the animals cross the California wilderness to get back to their owners.
It’s extremely cheesy, so Jason and I pretty much cried the whole way through. No shame.
Chance has the same personality as our shepherd mix, Brick, so we were pretty emotional over the loyalty of these dogs.
But, I’m not here to review my favorite animal movie.
As a “wise” Gannon University alumna, I was asked to pen some advice to you undergrad folks reading the student paper.
So first off, kudos to you for picking up the freaking paper or clicking on the Facebook link. One of the jokes among Gannon Knight staff is “no one reads it anyway.”
The greatest lesson I’ve learned in six months — and I’ve learned a lot — is that experience takes time. I was confident after graduating college because I had the research skills, patience and internship skills required of an aspiring journalist.
But I had none of the real-world experience.
I still don’t, but that’s OK. I joined the newsroom at the Jacksonville Daily News of North Carolina in December, and it’s been one hell of a ride.
I assisted the crime reporter on my first day because of a national story that was breaking on 3-year-old Mariah Woods.
My second week, I got my first flak email and had to politely respond.
Now, I’m officially working as the military and regional reporter, covering stories on base and the six counties surrounding Jacksonville.
The youngest and newest reporter here, I am blessed to be working with an experienced staff.
My co-workers are a lot like Shadow from “Homeward Bound,” wise and grounded.
I’m more like Chance, excited to get my nose in any news I can find.
At one point in the movie, Chance gets into trouble and Shadow can be heard in the background, “You have a lot to learn, pup.”
While Jason and I joked that was us talking to our puppy, it was really my life talking to me.
Working on The Gannon Knight, and managing its staff, was a huge learning experience for me in school, but I didn’t realize it had to end there.
I knew I would still have a lot of groundwork to do, being a new reporter in a new town, but I don’t think I realized how much work that was actually going to be.
Making contacts isn’t easy, but I’m getting there. This pup has a lot to learn.
I suppose my advice comes down to that — stay humble, because there is always going to be something to learn. And stay grateful for that advice.
To the seniors, especially you liberal arts kids, calm down about finding a job. It will come.
It took me six months to find a job in my field, but I got lucky and found one. And if it’s not in your field, keep at it — nothing good ever came of giving up.
To you underclassmen, enjoy your time at Gannon. Take a weekend off for your sanity’s sake and let yourself be a little reckless. And never stop learning.