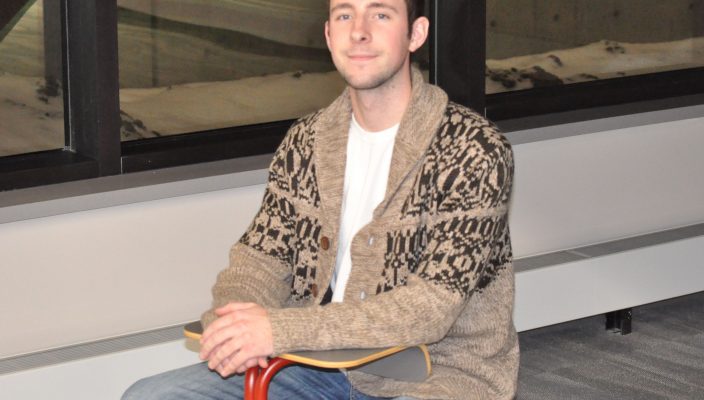 Happy Valentine’s Day – everyone’s favorite holiday to hate. Let’s face it, a lot of us are just waiting to take advantage of the discounted chocolate next week. But for the other portion of the population that is not terribly and pathetically alone, the day can be one to look forward to.
Music has always been a way of celebrating love — the reason for the season — so while all you happy people are sprinkling rose petals and lighting candles and all that nonsense, get in the spirit with some of the greatest love songs of our time.
“Whole Lotta Love” — Led Zeppelin
One of the keys to a lasting relationship is communication, so to avoid a communication breakdown this year, be sure to let your significant other know how much you love them — a whole lot.
The opening track off “Led Zeppelin II” features one of the most recognizable riffs in rock and sits atop their distinguished catalog as one of their best. It’s no surprise the band really took off after this album’s release, it being arguably the loudest and most in-your-face of all Zeppelin records.
“Calling Dr. Love” — KISS
Everyone knows the saying, “Trust me, I’m a doctor,” so it’s safe to assume KISS bassist Gene Simmons knows a thing or two about love. And if Simmons can make it through medical school, all you physician assistant majors can try complaining a little less about gross anatomy.
While Simmons opted for a career on the road slapping the bass and sticking his tongue out for a living, obviously some of that schooling stuck. He penned this KISS classic in 1976 for their album “Rock and Roll Over” and it’s a staple of dad-rock radio today.
“Feel Your Love Tonight” — Van Halen
Sure, Simmons is an M.D., but if anybody knows anything about romance, it’s David Lee Roth and the rest of Van Halen. While the band’s work is often regarded as party music, they were never afraid to show off their soft side. It’s love, after all — everybody wants some, even these guys.
This track finds itself somewhat overlooked on a debut album chock-full of hits but is undoubtedly one of their all-time greats. It’s got that killer brown sound that early Van Halen is known for and one of those signature guitar solos that would inspire an entire generation to try and shred like Ed.
“Love in an Elevator” — Aerosmith
When the members of Aerosmith decided they wanted to kick the smack and actually concentrate on making music again in the late ‘80s, their sound changed, but their attitude did not. Written by one of America’s greatest rock songwriting duos, Steven Tyler and Joe Perry, this ditty from their last album of the decade, “Pump,” has been described by Tyler as autobiographical.
Songs like this may have driven away a few “Rocks”-era purists with its horn section and a cappella outro, but the debut single rose to the top of the mainstream rock chart as one of the last true classic rock hits.
“Gimme All Your Lovin’” — ZZ Top
A couple of dudes with beards down to their belts are probably not who most people would go to for dating advice, but ZZ Top will surprise you. Dress nice? Common sense, guys.
This track from their 10-times-platinum album “Eliminator” was one of those that were pivotal in reaching the MTV audience and propelling the band into mainstream fame.
Honorable Mentions: “Something” — The Beatles, “God Only Knows” — The Beach Boys, “You and I” — Stevie Wonder.