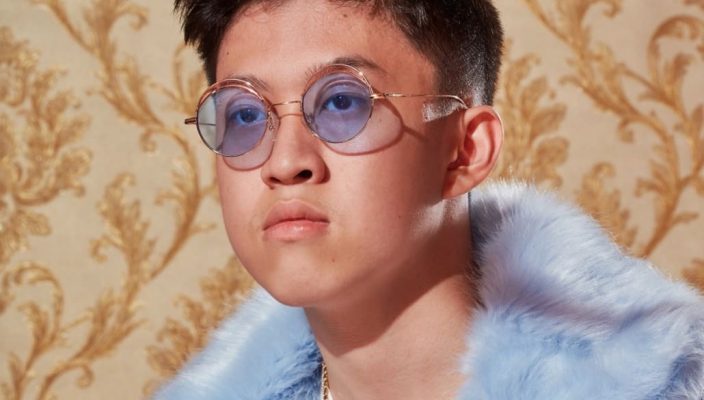 From being homeschooled in Indonesia and not knowing a word of English to the top of the U.S. hip-hop charts, Brian Imanuel has had an interesting career already at the ripe age of 18.
Rich Brian, formerly under a different stage name, may be the most interesting artist to make an appearance in this Spotlight Series.
Brian originally grew his following away from the music industry through social media by posting funny and controversial images on Twitter.
He quickly moved to video content, posting sketch comedies on Twitter before moving to daily content on Vine by the age of 15.
Brian began to dabble in hip-hop music, teaching himself English by watching YouTube videos and listening to various mainstream rappers such as Childish Gambino, Tyler the Creator and 2 Chainz.
He officially took a deep dive into hip- hop in 2012 when he was introduced to Macklemore’s “Thrift Shop” on his way to discovering Drake, Kanye West and Logic.
He recorded his first rap song by 2014.
Originally wanting to become a cinematographer in Los Angeles, his music career began to take flight, and Rich Brian put everything he had into it, forgoing his first dream.
Brian settled into his new career releasing his debut track “Living the Dream” in July of 2015 on his YouTube channel with relative good acclaim.
The international attention finally came in February of 2016 as Brian got his foot in the door releasing his debut single “Dat $tick.”
The song went on to peak at No. 4 on the Bubbling Under R&B/Hip-Hop Singles list after a reaction video — which now has over 16 million views — was released, featuring Ghostface Killah, 21 Savage, Torey Lanez, MadeinTYO and Desiigner.
His musical style has been described as “eventually transcending to become a legitimate piece of art” by UrbanDaddy.
Originally characterized as a “Meme Rapper,” Brian has since changed his style from comedic music to more serious to preserve his career.
Brian consistently released new singles that fit that mold on his YouTube and Soundcloud channels including “Who That Be” and “Seventeen.”
After a brief U.S. tour in April, Rich Brian released a single with XXXTentacion and Keith Ape titled “Gospel,” which has accumulated 26 million views in eight months.
After winning breakthrough artist of the year at the fourth Indonesian Choice Awards, Brian announced during an interview with XXL that he’s working on his debut album in Los Angeles — a dream that came full circle.
Before a second U.S. tour starting in September, Brian dropped “Glow Like Dat” which peaked at No. 7 on the New Zealand Music Chart.
Brian announced on Twitter that his debut studio album, “Amen,” would release on Feb. 2, shortly after releasing “Crisis” featuring 21 Savage.
“Amen” quickly reached No. 1 on the iTunes Hip-Hop Chart, making him the first Asian artist in history to ever do so.
Brian Imanuel went from a controversial stage name who made satire rap videos to a well-respected rapper by the name of Rich Brian in just a couple of years. Anything is possible.

If you want to keep up with what I’m listening to, you can follow me on twitter @Fuzznacht or follow my Spotify playlist by searching “Matt Fassnacht” and following the “My Rotation” playlist.