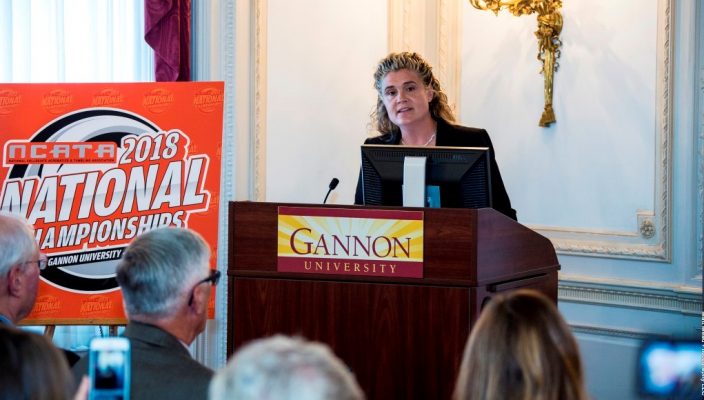 Gannon University Athletic Director Lisa Goddard McGuirk on Tuesday announced that Gannon and the Erie Sports Commission were partnering together to bring the 2018 National Collegiate Acrobatics and Tumbling Association Championships to Erie.
Last year, the championships were held at Baylor University in Waco, Texas. Previously, they were held at Fairmont State University in West Virginia, and will be held in the East for the third time in history this year.
The Gannon acrobatics and tumbling team will look to earn the title under new head coach Jacqui Eshleman from Alderson Broaddus University (W. Va.).
The championships are slated for April 26-28 and the main event will be held in the Hammermill Center.
More on this story can be found on www.gannonknight.com later this week, and the link to the press release can be found at www.gannonsports.com.